It has been reported that Ranveer has rented the apartment in Beaumonde Towers, where Deepika brought a swanky flat for Rs 16 crore back in 2010 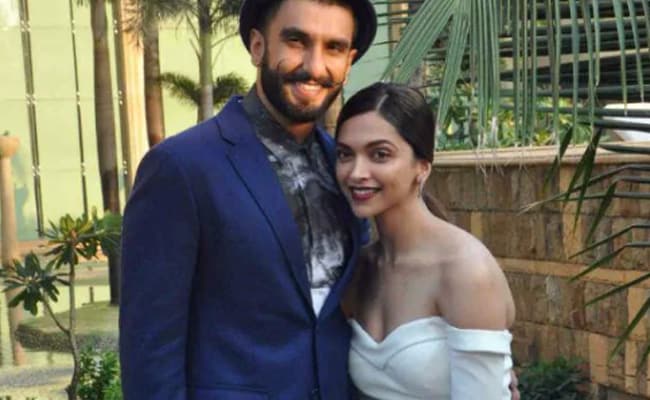 Ranveer Singh and Deepika Padukone were photographed in Mumbai.

Ranveer Singh has reportedly rented a flat in the same building his wife Deepika Padukone owns a 4 bedroom apartment. That's not it. The actor also reportedly pays a whopping amount of Rs 7.25 lakh per month as rent. It has been reported that Ranveer has rented the apartment in Beaumonde Towers (located in Mumbai's Prabhadevi), where Deepika bought a swanky flat for Rs 16 crore back in the year 2010. Several publications such as The Indian Express, Times Of India and Republic stated in their reports that Ranveer has rented the apartment for three years and for the first two year, he will be paying Rs 7.25 lakh per month as rent. He will reportedly pay Rs 7.97 lakh per month as rent for the last 12 months.

Ranveer and Deepika got married in 2018 and celebrated their first anniversary on November 14 last year. Ranveer reportedly shifted to Deepika's Prabhadevi apartment after their wedding.

On the work front, Ranveer Singh was last seen in Zoya Akhtar's 2019 film Gully Boy. His next release is Kabir Khan's '83, a biopic based on the life of cricket legend Kapil Dev. Ranveer will play the cricketer in the biopic while Deepika will portray the role of Kapil Dev's wife Romi onscreen. Other than '83, Ranveer Singh will also feature in Karan Johar's Takht.

Deepika Padukone, on the other hand, awaits the release of her upcoming film Chhapaak. She plays an acid attack survivor in the film. Chhapaak will open in theatres on January 10.