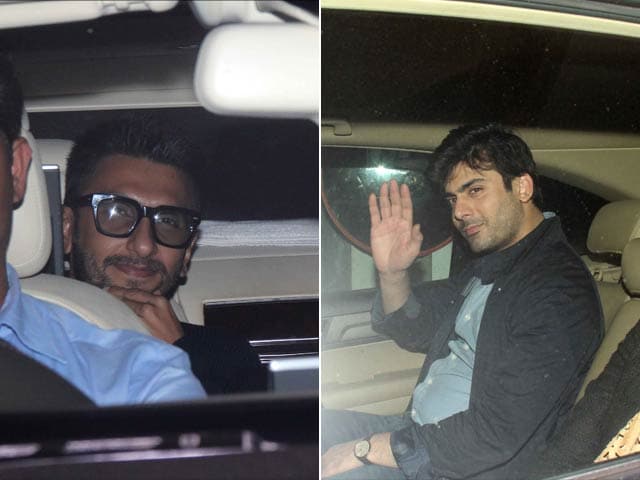 New Delhi: Bajirao Mastani is done but Ranveer Singh hasn’t given up recruiting his famous friends into a Dubsmashathon. At filmmaker Karan Johar’s party in Mumbai on January 17, Ranveer found a new partner in crime - Pakistani actor Fawad Khan.

Ranveer and Fawad danced and lip-synced to the song Malhari, the victory anthem of Peshwa Bajirao I, the character played by Ranveer in Bajirao Mastani. Here’s the result and you might have to watch it twice to focus on each actor in turn:

Fawad, who made his debut in Bollywood with 2014’s Khoobsurat, will soon be seen in the Karan Johar-produced Kapoor And Sons, co-starring Sidharth Malhotra, Alia Bhatt and Rishi Kapoor. (Also Read: How Sidharth Malhotra Celebrated His Birthday With Alia, Fawad)