Ranveer Singh is Aditya Chopra's Befikre Hero. He Has a Story For You 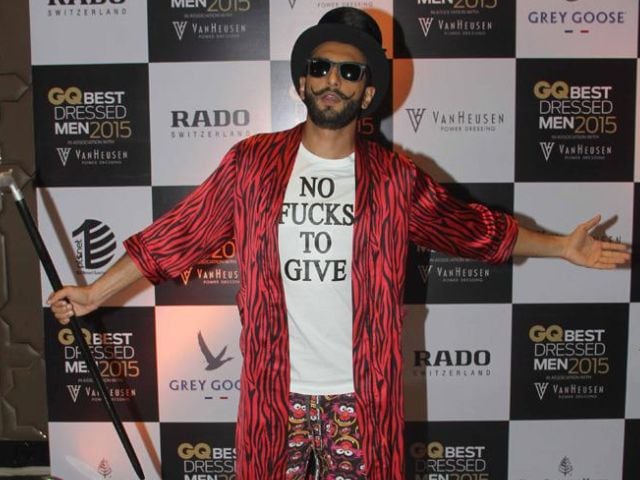 Ranveer Singh photographed at an award function in Mumbai.

New Delhi: This video confession from actor Ranveer Singh is a triple whammy of sorts. In it, we are a) told that he's been cast in the lead role of Aditya Chopra's next film as director, Befikre b) given an insider's view of the offices occupied by the upper echelons of Yash Raj Films and c) taken on a tour of Ranveer's private memories of becoming a Yash Raj actor.

As he meanders through the corridors of power, ending up outside Aditya Chopra's personal office, Ranveer tells us a story about how he was called into the room, sat down by Mr Chopra and told he'd been cast in Befikre. He showed no emotion while he was sitting across from Mr Chopra but lest you think Ranveer is befikre about playing the lead in the DDLJ director's first film in seven years (since 2008's Rab Ne Bana Di Jodi), let him put you right - he began crying as he exited the office because it was "really, really special" and was comforted by Aditya Chopra himself who told him "Tu kar lega."

And here's the best part - this was exact repeat of what happened when Ranveer was cast in his very first film role five years ago - in 2010's Band Baaja Baaraat, also a Yash Raj film.Deja vu? Sometimes, life writes a better script than Bollywood, unprompted.

Mr Chopra, who calls Befikre his "riskiest" and "youngest" film, is making a comeback to the director's chair after a hiatus of seven years. He announced the news officially on September 27, which was his father and veteran filmmaker Yash Chopra's 83rd birth anniversary. Aditya Chopra, arguably one of Bollywood's most powerful filmmakers, has directed just three films so far - the seminal Dilwale Dulhania Le Jayenge, Mohabbatein and Rab Ne Bana Di Jodi - all of which starred Shah Rukh Khan. (Also Read: Deepika Padukone, Ranveer Singh's Aashiqui at the Airport)