Ranveer Singh: 'I Have Been Exploring Various Superhero Subjects' 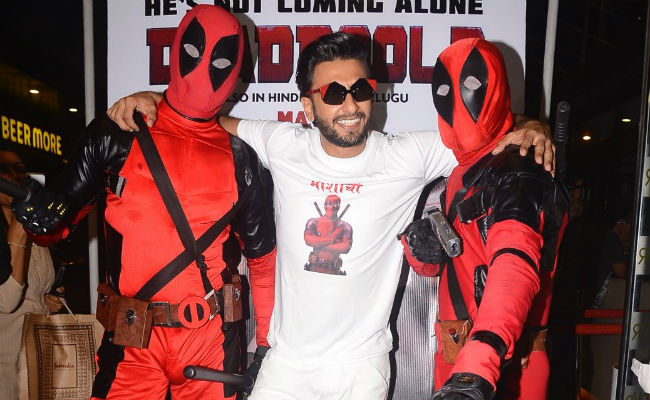 Ranveer Singh at the screening of Deadpool 2 in Mumbai

New Delhi: Actor Ranveer Singh, who recently dubbed for the Hindi version of Ryan Reynolds' Deadpool 2, is now 'exploring various superhero subjects' and is hopeful that very soon, India will get a 'bonafide superhero,' reports news agency PTI. There have been very few superhero films in India. The Krrish series, starring Hrithik Roshan, and Shah Rukh Khan's Ra. One were successful. "I have been exploring various superhero subjects for a while now. Of course, none of them have materialised just yet. But I don't think we are very far from seeing a true blue Indian superhero. There are some really interesting characters. Hopefully, not very long from now, we will see a bonafide superhero, a big ticket, big screen bonanza that is truly Indian," Ranveer told PTI.

Earlier this week, Ranveer hosted a special screening of Deadpool 2 in Mumbai, which was also attended his parents and sister. Deadpool 2 is scheduled to release this Friday. 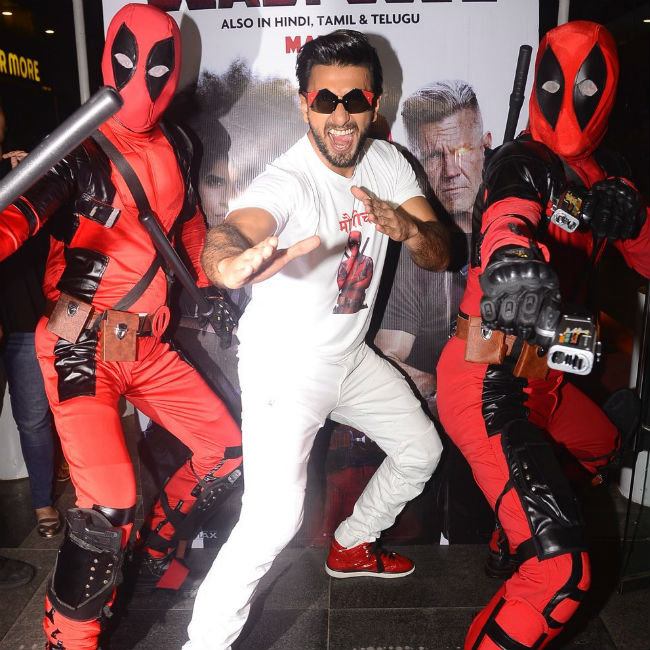 Asked if he has plans to work in Hollywood, Ranveer said he has plans but is 'waiting or the right time.' He told PTI, "I do want to be part of something that is produced in English language and I am just waiting for the right opportunity. There have been opportunities, which for one reason or another, have not worked out as yet. But soon, if everything falls into place, the timing is right and the gig is right, most certainly, it is definitely something I am interested in."

Promoted
Listen to the latest songs, only on JioSaavn.com
Ranveer Singh was last seen in the blockbuster film 'Padmaavat". He has Gully Boy and Simmba in the pipeline.