Ranveer Singh Checked Into His Workspace Looking Like This. See Pics

Ranveer Singh has a super busy schedule ahead 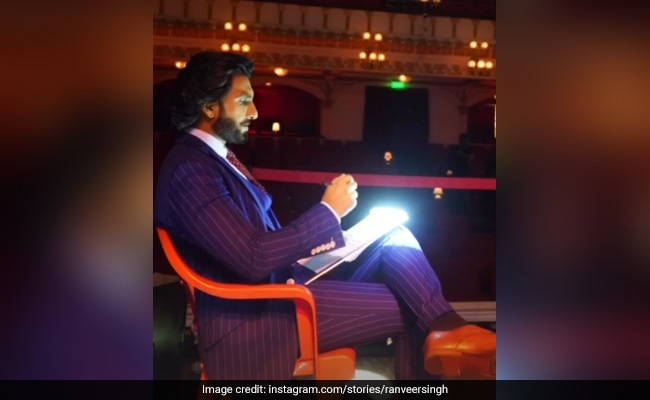 Hello there, Ranveer Singh. The actor, who has been a bit of a social media recluse in the last few months, delighted his fans with a new set of pictures. On Tuesday, Ranveer shared photos from his work diaries on his Instagram stories. For his day at work, the actor picked a blue suit. In one of the pictures, Ranveer can be seen sitting and reading. In another shot, he can be seen posing in front of the lights. Ranveer Singh, who was in wife Deepika Padukone's hometown Bengaluru, returned to Mumbai with her last month. The couple flew to Bengaluru earlier this year, when a lockdown was imposed in Maharashtra due to the COVID-19 spike.

Several fan pages dedicated to Ranveer Singh shared the pictures that were originally posted by the actor on his Instagram stories on Tuesday. Check out the pictures here: