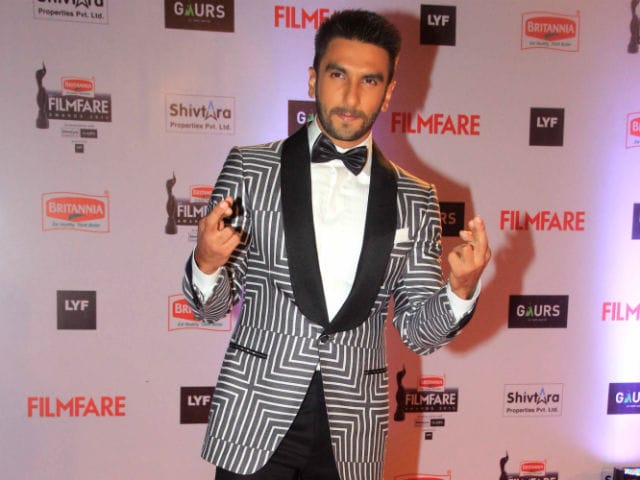 Ranveer Singh photographed at the Filmfare Awards in Mumbai.

Mumbai: Actor Ranveer Singh, who won the Filmfare Best Actor in a Leading Role Award for Bajirao Mastani, said that he felt honoured to have been nominated in the same category as Amitabh Bachchan.

The Filmfare Awards were held in Mumbai on January 15.

"It is an honour to be nominated alongside my idol, Mr Amitabh Bachchan," said Ranveer.