Rannvijay Singh Says Pukaar is a Homecoming For Him 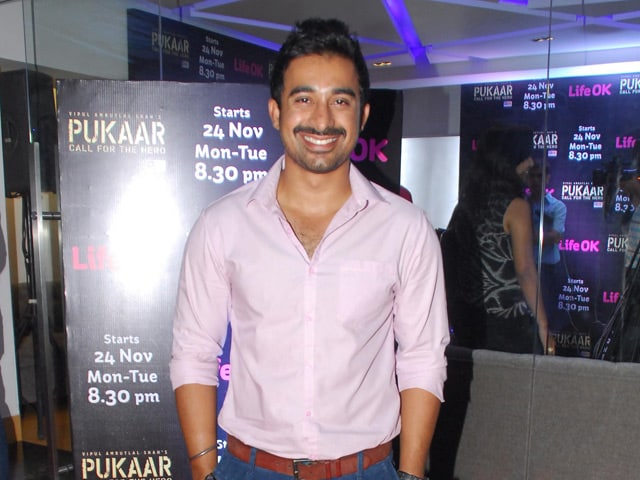 Rannvijay says that the show has fulfilled his dream of being in the Indian Army. (File photo)

Actor Rannvijay Singh, who will be seen playing a military man in TV series Pukaar, says the show is a homecoming for him as he comes from an army background.

The 31-year-old actor said that the past six generations in his family have served in the armed forces and the show, which comprises of 24 episodes, has fulfilled his dream of being in the Indian Army.

"It was both easy and difficult for me to do the show. Easy as I could relate to it and difficult because I knew I will be critically judged at home by my grandfather, my uncle and my father," Rannvijay told PTI.

"But all in all I am very happy being a part of it. I always wanted to join the Army. I had cleared my Services Selection Board and medical and somehow fate brought me to showbiz. I play a Major in the Punjab regiment in the show and it was like homecoming for me," said the Roadies star, who will be making his fiction TV debut with the show.

Pukaar has been co-directed by filmmaker Vipul Amrutlal Shah and Deven Bhojani.

Rannvijay says while shooting Pukaar, he never felt like he was doing a TV show because of the presence of eminent actors and technicians from Bollywood.

"It felt like shooting a film. It is a 24 episode series. From the DOP, editors, directors, to the actors, all have worked in films," the actor said.

Besides Rannvijay, the show also has veteran actor Raj Babbar, Adah Sharma, Prashant Narayanan among others.

Raj Babbar, who began his career with the small screen, said he always wanted to do television shows but was not getting the right project.

"TV has a huge reach. Every actor wants to work on the small screen in order to reach to his audience. Initially I was a little sceptical when Vipul approached me for the show. But when I heard my character and that the show was a finite series, I said yes," the 62-year-old actor said.

Vipul, whose last three films Force, Commando and Holiday: A Soldier is Never Off Duty were based on the men in uniform, says his love for the Army has brought him to the small screen with Pukaar.

Promoted
Listen to the latest songs, only on JioSaavn.com
"Army men are the biggest heroes in real life. With this show I intent to raise the bar of action to a different level on the small screen. The viewers can expect a 70mm big screen feel while watching the show. We have used the best technicians, cameras, gadgets and locations," he said.

Pukaar will air on Life OK from November 24.