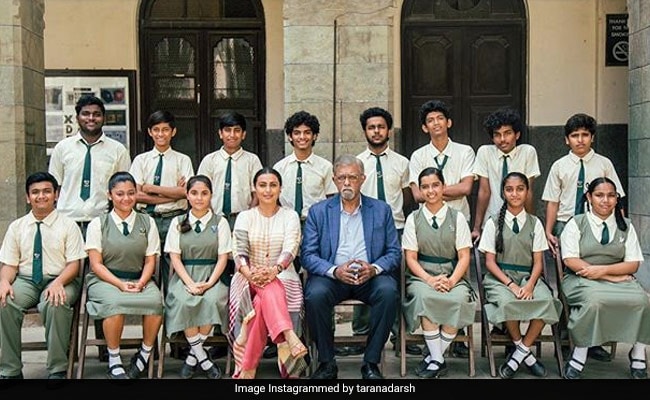 Rani Mukherjee in a still from Hichki (Courtesy taranadarsh)

Last week,Hichki cruised past Rs 100 crore mark, collecting Rs 102.09 crore within two weeks in China. Speaking on the success of her film in China, Rani Mukerjee in an earlier interview to news agency IANS said: "Good cinema has no language barriers and it connects with the hearts and minds of the audience. The success of Hichki in China proves just that."

Directed by Siddharth P Malhotra and co-produced by Yash Raj Films and Maneesh Sharma, Hichki is based on Brad Cohen's book Front Of The Class. Rani Mukherjee made her comeback in Bollywood after a hiatus of four years with Hichki. Rani Mukherjee played the role of a Tourette Syndrome-afflicted teacher, who is determined to excel at her job of teaching.

Besides China, Hichki was also released in Russia and Kazakhstan. Earlier, Yash Raj film's official Instagram account shared the news that Hichki is stated to release in Taiwan and Hong Kong on November 2 and 8, respectively. The film was also screened at the Shanghai International Film Festival in June this year.