Hichki Box Office: In the second week of its release, Hichki will battle for box office numbers against Tiger Shroff's Baaghi 2 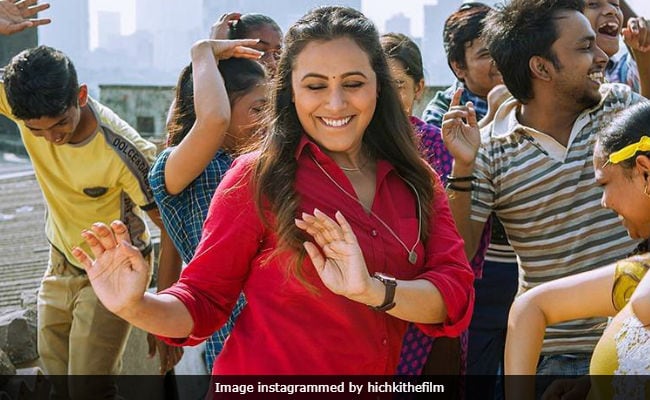 New Delhi: Rani Mukerji's Hichki completed the first week at the box office on "a heartening note," says trade analyst Taran Adarsh. The film, with Rs 26.10 crore in its pocket after seven days, now holds the record of the fifth highest opening week collection in 2018. Sanjay Leela Bhansali's "Padmaavat," which earned Rs 166 crore in the first week, overshadows the other four films (including Hichki) but according to Taran Adarsh, Hichki "has found acceptance." Directed by Siddharth P Malhotra, Hichki is the story of Naina Mathur, a teacher afflicted with Tourttee Syndrome, who decides to fulfill all her dreams despite hiccups from life.

In the second week of its release, Hichki will battle for box office numbers against Tiger Shroff's Baaghi 2. Though the Ahmed Khan-directed film opened to damp reviews today, a Box Office India reports states that Baaghi 2 took the best opening of 2018. Film critic Saibal Chatterjee snubbed it as a "2.5-hour stunt show" while Raja Sen wrote in his review: "This is an action film without enough action and a romantic drama where you don't feel for the characters"

Promoted
Listen to the latest songs, only on JioSaavn.com
Hichki, which was made on a budget of Rs 12 crore, released across 961 while Baaghi 2 (made in Rs 150 crore) is opening across 3,400 screens. The morning shows of Baaghi 2have reported 45-50 per cent occupancy, according to Box Office India.

Hichki is inspired by the life of Brad Cohen, as documented in his book Front Of The Class. It is co-produced by Maneesh Sharma and Yash Raj Films.