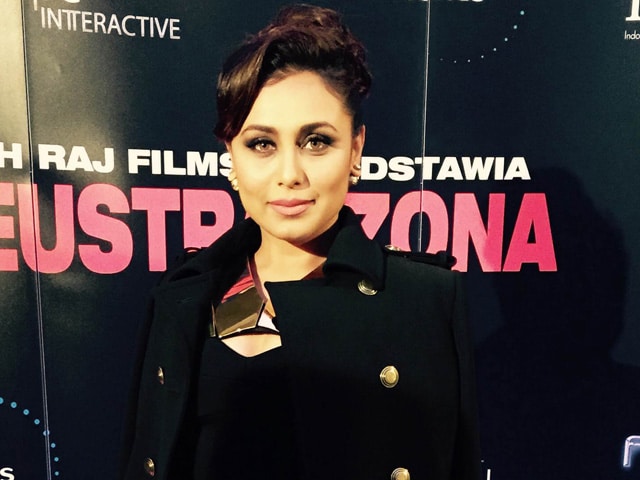 Rani Mukerji at the premiere of Mardaani in Poland

New Delhi: Actress Rani Mukerji attended the Poland premiere of her hit film Mardaani on January 28. The premiere was hosted at the Kino Muranow theatre in Warsaw, which is one of the oldest art house theatres in the country.

At the premiere, Rani said, 'It was a very special day as Mardaani released in Poland today (January 29). The response to the film by the Polish people made the evening even more special and it reiterates the fact that a good film finds an audience irrespective of the language in any part of the world as art doesn't have borders or barriers. I will cherish forever the love and adulation I received today from Poland.'

Rani wore all black separates with a black overcoat. She opted for a retro hairdo and accessorized her look with a statement necklace, matching heels and a glittering bottle-clutch.

The film, which chronicles Mumbai crime branch's senior Inspector Shivani Shivaji Roy's fight against a human trafficking ring, received a standing ovation at the premiere. Rani was congratulated by everyone for her exceptional performance in the film.

Promoted
Listen to the latest songs, only on JioSaavn.com
In the audience Artur Zurawski, Mardaani's Polish Director of Photography, and his family.

The film is directed by Pradeep Sarkar.