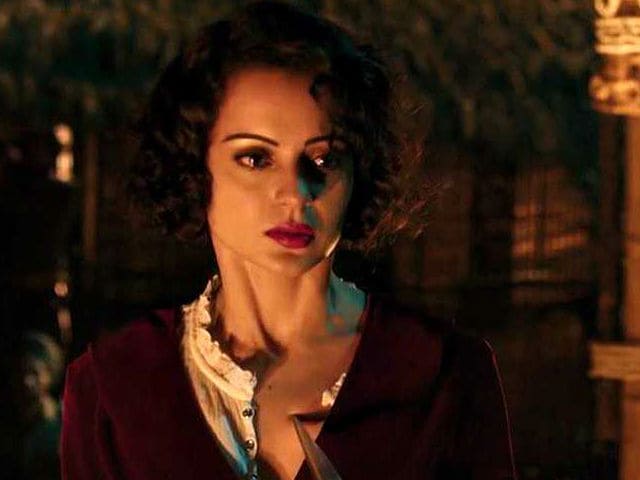 New Delhi: Bollywood's latest offering Rangoon opened to fabulous reviews and critical acclaim for the lead stars but made a very slow start in the box office race. Trade analyst Taran Adarsh reported that Kangana Ranaut, Shahid Kapoor and Saif Ali Khan's Film made only Rs 6 crore on the first day. He also said: "(Rangoon) has a dismal start. Will need to show massive growth on Saturday and Sunday to sustain and survive." Kangana Ranaut and Shahid Kapoor promoted the film aggressively giving explosive interviews. The Vishal Bhardwaj-directed film is also competing with Akshay Kumar's Jolly LLB 2, now running for the third week and collected Rs 1.75 crore on Friday.

Here's are the official numbers of Rangoon's Day 1 collection:

#Rangoon has a dismal start... Fri 6.07 cr. India biz... Will need to show massive growth on Sat Sun to sustain and survive.

Rangoon is a story of love and deceit set in the times of World War II. Kangana stars as Miss Julia, an actress and entertainer sent for a show to war-torn Burma by her lover and producer Rustom Billimoria, played by Saif Ali Khan. Shahid Kapoor plays Nawab Malik, a soldier entrusted with Miss Julia's safety. Miss Julia and Nawab Malik are off to a rocky start but they fall in love eventually and Rustom obviously doesn't like it.

Promoted
Listen to the latest songs, only on JioSaavn.com
In his review for NDTV, Saibal Chatterjee said: "Vishal Bhardwaj's stylized film is unlike anything that we have seen in a while." He gave the film a four-star rating.