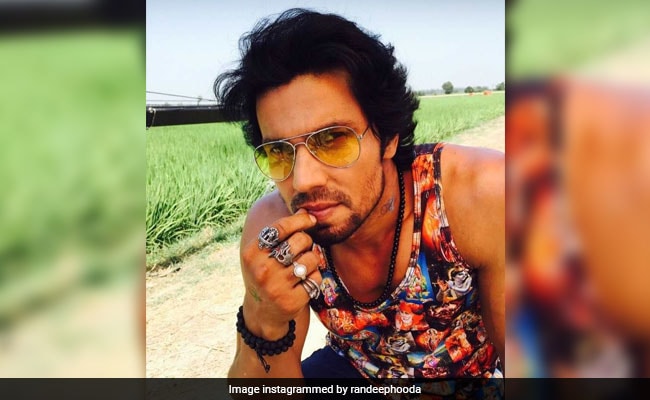 Randeep Hooda will be seen playing the role of a cop in Sanjay Leela Bhansali's untitled film, reports news agency PTI. According to a source close to the project, the film will be a comedy thriller with a social message. The source also revealed that film's lead actor Randeep Hooda will be seen in a never-seen-before look and the film's female lead has not been zeroed in as of now. "The film is a thriller comedy. It has a social message and deals with an issue, that is considered taboo in small town. "It has Randeep in the lead as a cop. He will be seen in a different avatar. It is not like Dabanggstyle cop. We are looking for the female lead," PTI quoted the source as saying.

According to PTI, the film will mark the directorial debut of Balwinder Singh Janjua, who has written the scripts for films like Mubarakan, Firangi and Saand Ki Aankh. The film is expected to go on floors in October this year and it will hit the screens in 2020.

Interestingly, this won't be the first time that Randeep Hooda will be seen playing the role of cop in a film. The 42-year-old actor played the role of a police officer in films like Jannat 2, Once Upon a Time in Mumbaai, Baaghi 2 and Kick among others.

The actor will also be seen in Imtiaz Ali's untitled film, starring Sara Ali Khan and Kartik Aaryan, which is said to be the remake of the 2009 film Love Aaj Kal, which featured Deepika Padukone and Saif Ali Khan in the lead roles.