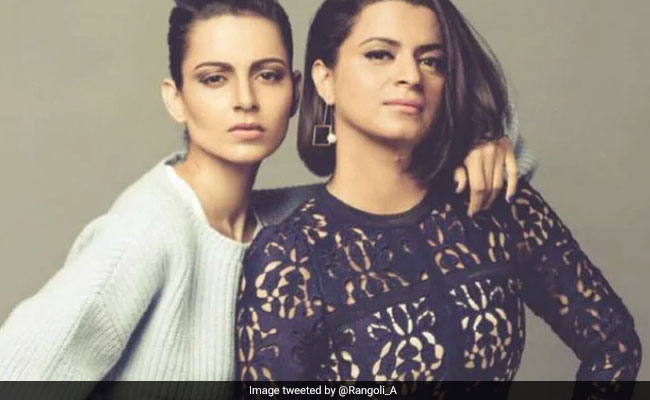 Days after Kangana Ranaut made it evident that she was rather "embarrassed" about her acting skills being considered in the same league as Alia Bhatt's "mediocre" performance in Gully Boy, her sister Rangoli Chandel was spotted on the trends list again - not alone, along with Randeep Hooda. Here's what happened. Randeep Hooda, who co-starred with Alia Bhatt in Highway, gave a shout out to the 26-year-old actress in a sudden tweet, which however, does not have any mention of Kangana or her comments on Alia, but refers to certain "occasional actors and chronic victims". In his tweet, Randeep Hooda wrote: "Dearest Alia Bhatt, I'm so glad you are not letting the opinions of very occasional actors and chronic victims affect you and your work... kudos to you for your continued efforts to outdo yourself."

Dearest @aliaa08 I'm so glad you are not letting the opinions of very occasional actors and chronic victims affect you and your work .. kudos to you for your continued efforts to outdo yourself

Within an hour of the above mentioned tweet, Kangana Ranaut's sister Rangoli Chandel lashed out at Randeep Hooda for extending support to his Highway co-star. In her tweets, Rangoli accused Randeep Hooda of being Karan Johar's favourite and tagged him as a "failure". Kangana Ranaut and Randeep Hooda are co-stars of 2014 film Ungli.

Only last week, a poll conducted by BollywoodLife voted Kangana Ranaut as Best Actress for 2019 (so far), which also had Alia Bhatt nominated for Gully Boy, after which she told the publication: "I am embarrassed... What is there to beat in Gully Boy performance... Same snappy muh-phat (outspoken) girl... Bollywood's idea of a fiery girl, woman empowerment and good acting, spare me this embarrassment, please. Media has taken filmy kids love too far... Stop pampering mediocre work or else bar will never be raised."

Alia Bhatt, who has handled many of Kangana's digs at her, kept calm and told Pinkvilla in an interview: "I respect Kangana's work a lot and I respect her opinion. If she feels a particular way she must have reason to feel that way. I would rather remember how much she had praised me after watching Raazi. And I'd just like to focus on my work. Maybe she will appreciate me again if I work hard enough."

Last month, Alia Bhatt said this to news agency PTI after Kangana called Ranbir Kapoor "irresponsible": "I definitely don't have the ability to speak as candidly as Kangana does, and I really do respect her for that and may be in a way she is right. Sometimes we do hold back." Kangana slammed Ranbir, who is dating Alia Bhatt, for an old interview in which he had refused to comment on the political scenario of India.

Alia Bhatt and Randeep Hooda's Highway opened to much critical acclaim in 2014, fetching the Best Actress (Critic's Choice) Filmfare Award for her.