"Honoured to embark on a journey with Imtiaz Ali's next," wrote Kartik Aaryan 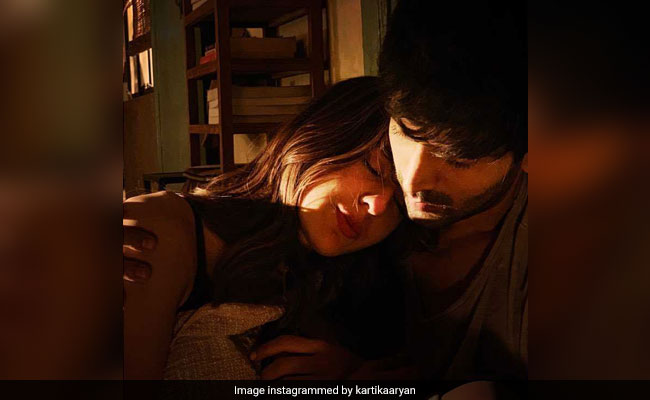 Kartik Aaryan shared an update on his forthcoming film, co-starring Sara Ali Khan and we can't keep calm. On Wednesday, Kartik gave his fans a sneak peek of his and Sara's look from the film on social media and it had us hooked immediately. In the picture, Sara can be seen resting her head on Kartik's shoulder. The 28-year-old actor announced his association with the project and he wrote: "Honored to embark on a journey with Imtiaz Ali's next, the yet untitled film with Sara Ali Khan and Randeep Hooda." In his post, Kartik also revealed the film will be releasing on Valentine's Day next year (February 14, 2020). The actor added a dash of humour to the post and wrote: "Aur ji haan, issi film ki shooting chalu hai." Kartik's post went insanely viral within minutes.

Without much ado, check out the first look of the film here:

Kartik Aaryan and Sara Ali Khan trended a great deal after behind-the-scene pictures from the film's shooting started doing rounds on social media. Pictures and videos of Sara and Kartik from the sets of the film were curated by several fan clubs. ICYMI, these are the posts we are talking about:

Sara and kartik shooting together for love aaj kal 2. Finally we got a pic of them together credit: @saraalikhan05

Kartik and Sara trended every now and then eversince Sara Ali Khan spoke about wanting to date the Pyaar Ka Punchnama actor during her debut appearance on Karan Johar's popular talk show, Koffee With Karan 6.