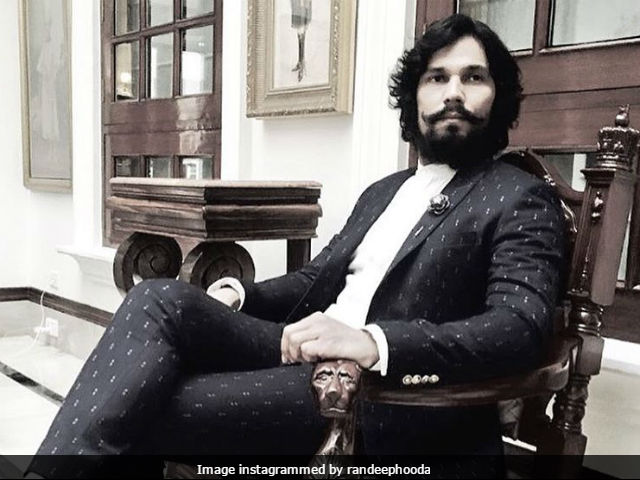 New Delhi: The shoot for Randeep Hooda's film The Battle of Saragarhi was supposed to begin last year in October. However, a disagreement between the director, Rajkumar Santoshi and the producers stalled the film. The 40-year-old actor, who will be portraying the role of Havildar Ishar Singh in the film, told news agency PTI: "There have been lot of ups and downs. But that's a part of filmmaking. The theme of the film is 'Soora so pahchaniye, je lade deen ke het, Purja-purja kat mare, kabhu na chhade khet' (Only he is brave who fights for the cause of the poor. He may be cut into pieces and may be killed, but he should not leave the field)."

He added: "This is the saying of Guru Gobind Singh that they do not abandon the post (battleground). Similarly, we are not abandoning the film. We are going to make it happen."

Battle Of Saragarhi is based on the 1897 battle between British Indian Army and Afghan Orakzai tribesmen in the North-West Frontier Province. In August last year, the Highway actor shared his first look from the film. He is seen sporting a turban and a beard in the picture. Speaking about his character, the Murder 3 actor said: "The preparations are going on very well. It's a very big film, we are trying to set it in a certain budget so the film is profitable. There is a lot of pre-production involved. I think we aimed too early to start and announced the film when the pre-production was not upto the mark."

Promoted
Listen to the latest songs, only on JioSaavn.com
Meanwhile, Randeep Hooda, who was last in Sultan starring Salman Khan and Anushka Sharma, will be making his television debut on MTV's show Big F. The Saheb, Biwi Aur Gangster actor said: "I feel the real change needs to happen in the mindset of men. This show is probably more for men than women. A woman is not an object of desire, she is a human being. The whole point is, the aspirational India should have these conversations and break away from the tags we have for women."