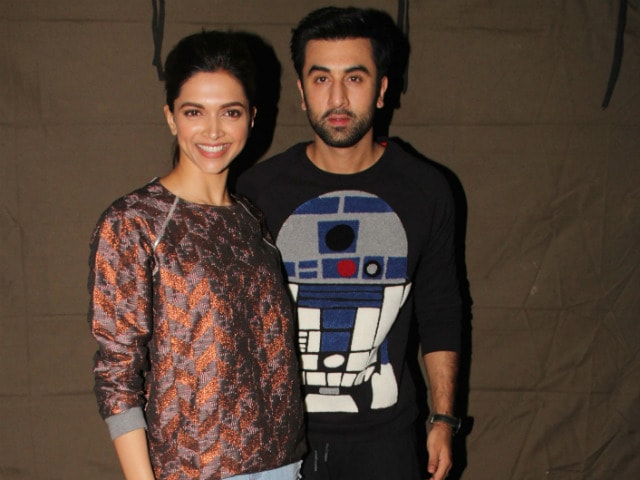 Ranbir Kapoor and Deepika Padukone photographed at a studio in Mumbai.

Mumbai: Tamasha actor Ranbir Kapoor said that you cannot challenge the audience as they are always the rulers when it comes to the box office numbers.

"You can never challenge the audience, audience is king. I remember when a film of mine Rocket Singh had released. I was really disappointed that nobody went to see it. But later in life, as you grow older in life, you realize that you cannot challenge the audience. What they say, is their verdict. If some people have not liked the film, you have to accept it," he said at the success bash of Tamasha. (Also Read: Ranveer Singh Says Ranbir-Deepika's Pairing is 'Extremely Special')

When asked about co-star Deepika Padukone and director Imtiaz Ali, he said: "It feels good that Imtiaz's dream and his hard work along with our hard work have led to positive results."

"Deepika does every film with her heart. She is a fantastic actress. So, your work also improves. She enjoys a massive popularity and craze. We attract a lot of eyeballs too. I'm happy that this team came together and found this initial success," he added.

The collections of the film in the opening weekend have been good. However, Ranbir said that the film needs to do well in the weekdays as well as during the next week, for it to be considered a "success".

The reviews from critics as well as audience have been generally mixed for the film. But he said: "I think every film receives mixed response usually. And very few films get a unanimous response. But as of now I'd like to focus on the positives than the other responses."

The positive start is a sort of redemption for Ranbir after three back-to-back flops with Roy, Bombay Velvet and Besharam.

"I had never gone anywhere. I was still working in the same way. Just because my films didn't work doesn't mean that I disappeared somewhere. I was here. Jeena yahan marna yahan, iske siva jaana kaha."