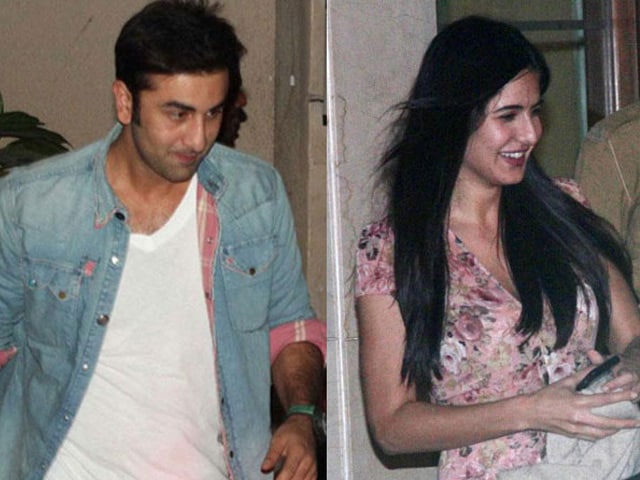 A bevy of B-Town faces are said to have turned up at Ranbir and Kat's plush pad. (File photo)

Rumoured couple Ranbir Kapoor and Katrina Kaif recently moved into a swanky, sea-facing apartment in Bandra and now the buzz is that they threw an intimate house-warming party for their Bollywood friends on Sunday night.

A source says, "They had decided to move in together some time ago. However, due to his father, Rishi Kapoor's illness, Ranbir had been staying at his Krishna Raj bungalow. With his health improving, Ranbir and Kat have stepped into their new house. They are investing a lot of time and money to decorate their place. In fact, they had shopped for home decor items during the South Africa schedule of Jagga Jasoos."

Promoted
Listen to the latest songs, only on JioSaavn.com
A bevy of B-Town faces including Ayan Mukherji, Hrithik Roshan, Kangna Ranaut, Anushka Sharma, Kabir Khan, Mini Mathur and Karisma Kapoor are said to have turned up at Ranbir and Kat's plush pad. A source close to the actress says, "It was not a formal house-warming party. They had just invited some of their close friends over for dinner. While others left early, Kabir, Mini and Karisma stayed till late."