Ranbir, Alia wedding: How stunning are these pictures 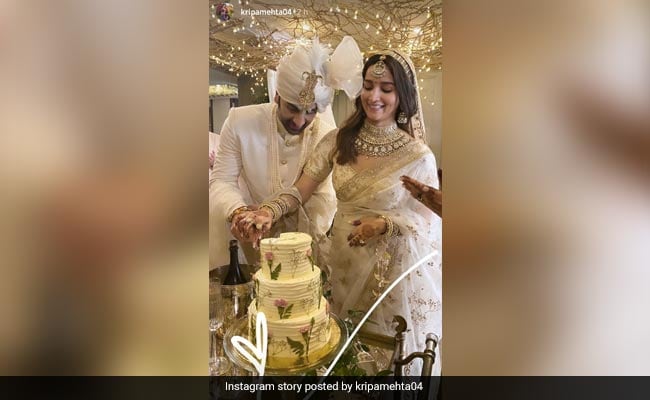 Alia Bhatt and Ranbir Kapoor got married on Thursday afternoon, after dating for over 5 years and the pictures are straight from a fairytale. Alia Bhatt posted picture-perfect moments from the wedding on her Instagram profile and they have our heart. Ranbir and Alia looked perfect together in white Sabyasachi ensembles. A few minutes later, Alia Bhatt's besties Akansha Ranjan Kapoor and Kripa Mehta shared inside pictures from the festivities. In one of the shots, the star couple can be seen raising a toast, in another they can be seen cutting their wedding cake. Akansha Ranjan Kapoor wrote: "To love, to life, L'chaim." Kripa Mehta, sharing pictures wrote: "To love, togetherness, forever and ever." 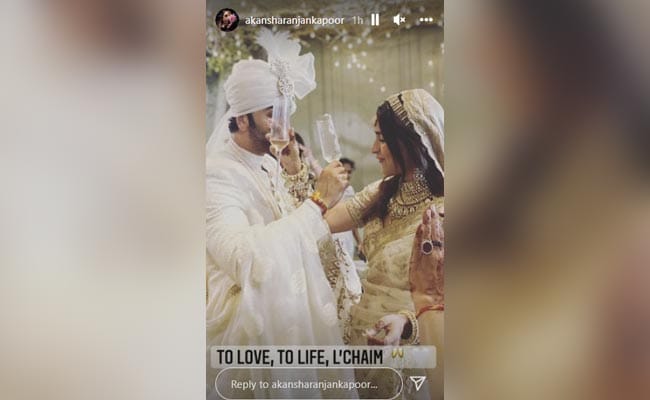 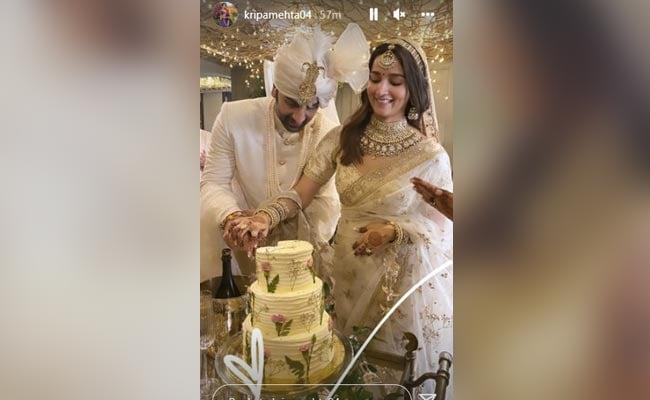 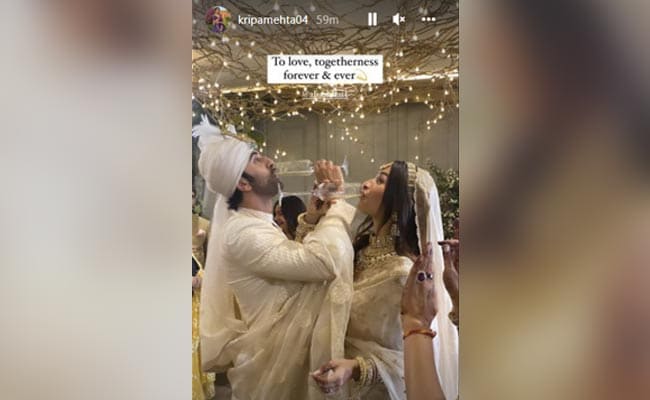 Alia Bhatt shared pictures from the wedding and wrote: "Today, surrounded by our family and friends, at home ... in our favourite spot - the balcony we've spent the last 5 years of our relationship - we got married. With so much already behind us, we can't wait to build more memories together... Memories that are full of love, laughter, comfortable silences, movie nights, silly fights, wine delights and Chinese bites. Thank you for all the love and light during this very momentous time in our lives. It has made this moment all the more special. Love, Ranbir and Alia."

Akansha Ranjan Kapoor made her acting debut with Netflix's Guilty in 2020, which also starred Kiara Advani, Gurfateh Singh Pirzada and Taher Shabbir in pivotal roles. Directed by Ruchi Narain, the film was produced by Karan Johar's Dharma Productions. Alia Bhatt cheered for her bestie at the film's screening. Last year, Akansha starred in Netflix's Ray. She was a part of Spotlight, alongside Harsh Varrdhan Kapoor and Radhika Madan.

Alia Bhatt and Ranbir Kapoor began dating in 2018 and made their first public appearance together at Sonam Kapoor's wedding reception in the same year. Both the actors have been frequently spotted together and with each other's families as well. Alia made her relationship with Ranbir Instagram official in 2018. However, Ranbir, who is a social media recluse, confirmed his relationship with Alia Bhatt in an interview in 2020, where he referred to her as his "girlfriend." They will be seen sharing screen space for the first time in Brahmastra, slated to release in September this year.