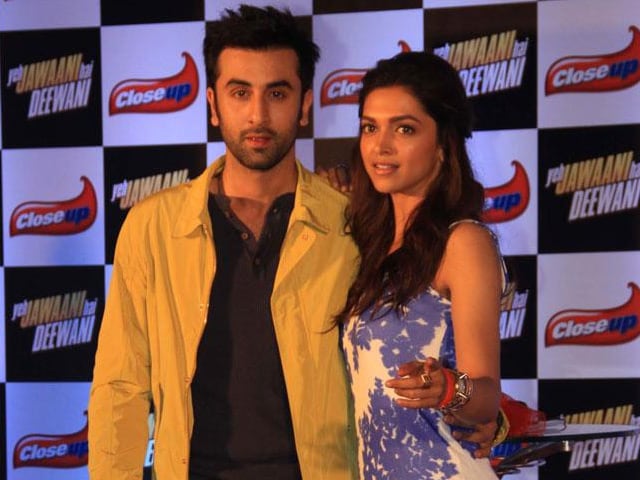 The director said that individually Ranbir and Deepika suited the role.

New Delhi: Director Imtiaz Ali said that his next venture, titled Tamasha is about the journey of someone who has lost his edge in trying to conform to the society.

"You meet a certain person and you are very enchanted by him. He is free flowing and your type and then you lose touch. Years later when you meet, he is absolutely somebody else," Imtiaz told PTI.

"Sometimes in trying to belong, you lose your edge, you become blunt and you forget who you are unless someone comes to remind you, someone who has seen you at that time. It's not that simple because it takes the undoing of entire life's experience to get in touch with yourself and your wild energy." (Also Read: An Art Ranbir Kapoor Hopes to Learn Through Tamasha)

In the movie, Ranbir's character is someone who is enchanted by stories, has grown up hearing them and expresses himself by performing them.

"It is about not fitting in and this comes through a very personal story of these two people. What Tamasha is trying to say is that don't be satisfied with the stories you hear around you, create your own myth, choose your own story," he said.

The director, who worked with Ranbir earlier, said while Rockstar was about a "daft-headed guy who happened to have talent", the actor's role in Tamasha is that of a thinking person. Deepika and Imtiaz have earlier collaborated on Love Aaj Kal.

Given Ranbir and Deepika's personal history, they end up being a subject of headlines when they work together but it is not a concern for the actors or for Imtiaz as he believes that the viewers don't come to theatres for sensationalism. (Also Read: Deepika Padukone's Tamasha on the Streets of Kolkata)

"Individually, they were very suited to the role and they are very good actors. They are my friends. Ranbir as an actor is moving towards purity and it is exciting to work with him because he is so interested in his craft. I always thought that Deepika was a special actress. I have seen a big change in her post Love Aaj Kal. Earlier, she wanted to remain hidden as she is a very shy person but now she is too involved in being the character to care about the attention," he said.

Imtiaz, who travelled through six states to shoot his last film Highway, said that his experience has helped him prune away extra frills from Tamasha.

"Highway taught me that you have to concentrate on the very basic of what you are doing and not worry about the decorations, technique and shot-taking. They come later. In Highway, there was always a last minute learning and I am carrying forward that process in Tamasha," the director said.

The Jab We Met director has always been confused about the genre of his movies, contrary to his reputation of making romantic films. Imtiaz said his stories are influenced by and reflect realities around him.

"I think Love Aaj Kal was a love story. That was the only film which was a love story but then all stories are love stories. Every emotion is an expression of love because it is such a loosely applied word and so broad in meaning. A director is the last person who should be expected to categorise his own films. I am not aware of what genre my movies belong to and I am not even going to waste my time trying to define it. Other people will, in retrospect, speak about it," he said. (Also Read: Ranbir Kapoor Overkill? Tamasha Postponed)

Promoted
Listen to the latest songs, only on JioSaavn.com
Imtiaz shot Tamasha for more than a month in Delhi and surrounding areas and is now back for a second schedule. The team will next move to Shimla.

When asked whether the film, which is produced by Sajid Nadiadwala, will release this year, he said they will take the call only when they wrap up shooting.