Rana Daggubati Hopes More Films Like Baahubali Are Made

According to Rana Daggubati, Baahubali was crucial in breaking the barriers for regional films 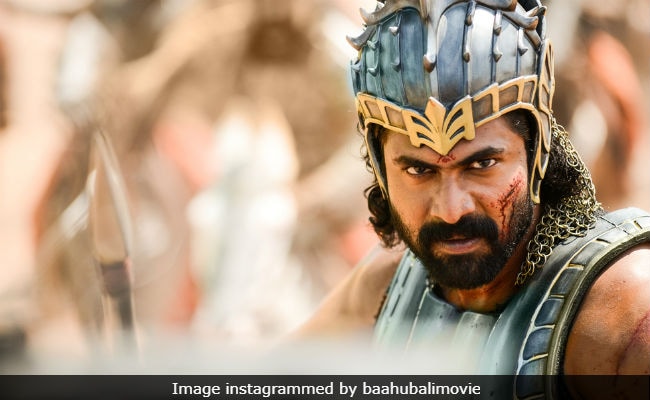 New Delhi: Actor Rana Daggubati recently featured in two films which literally broke cinema's regional barriers told news agency IANS that he has always believed in getting involved in content with no regional barriers. The films in question are the Baahubali series and The Ghazi Attack. Rana Daggubati said that he falls under the category of "neutral actors and filmmakers who have been constantly involved in content with no regional barriers." Speaking about breaking regional barriers, Rana said: "I was able to find that very early into my career because I started working in the films at a very young age. In the process of filmmaking, language is only one of the aspects, content has always been neutral."

"Baahubali was really the film that broke most barriers of what regional cinema can do nationally. I hope that more films like these are made, and can make the impact that Baahubali was able to," he added.

At the 65th National Awards, The Ghazi Attack won the Best Telugu Film prize while Baahubali: The Conclusion won the Best Popular Film Providing Wholesome Entertainment award along with two more for special effects and stunts.

Rana Daggubati also had an opinion about the remakes of south Indian films in Hindi and vice-versa. He said: "Historically content has mostly travelled in the form of remakes, which have been popularly appreciated. Hindi cinema has continued to make Telugu remakes and vice versa, very rarely did the actors or the films cross-over to make it big."

And the challenges that come with it?

"There were fewer people believing in the possibility, but with Ghazi as a genre film and Baahubali: The Beginning and Baahubali: The Conclusion on a much larger scale, are regional Telugu films that worked pan-India. The only challenge you have, is in the process of making the film; you need to know different languages and be very patient. Today, there are a lot more people who are willing to explore this opportunity."