"Entering the new year with a great new story to tell. Introducing #Bandev from #HaathiMereSaathi," tweeted Rana Daggubati along with a poster of Haathi Mere Saathi, featuring just himself 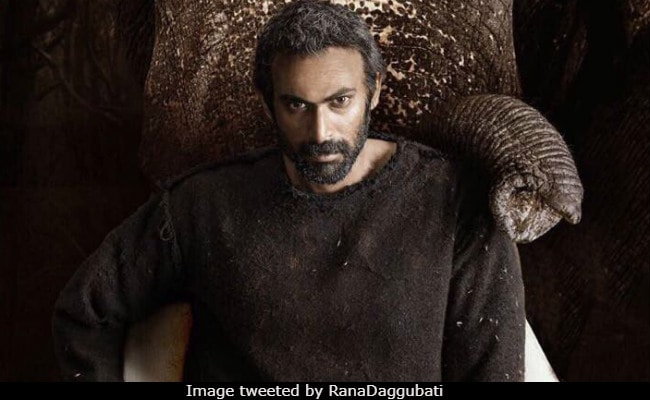 New Delhi: Rana Daggubati shared the first look of his new film Haathi Mere Saathi and we can't take our eyes off the actor. "Entering the new year with a great new story to tell. Introducing #Bandev from #HaathiMereSaathi," tweeted the actor along with a poster of Haathi Mere Saathi, featuring just himself. In the poster, Rana sports a rugged outfit with a lathi in his hands and accompanying him in the frame, is an elephant. At first, the actor's look for the movie may take you by surprise as he's still remembered as the tyrannical Bhallala Deva from S S Rajamouli's Baahubali series of films.

Promoted
Listen to the latest songs, only on JioSaavn.com
Haathi Mere Saathi is said to be a tribute of sorts to Rajesh Khanna, who famously starred in the 1971 classic movie of the same name. But the new one will not exactly be a remake and have a different plot.

Last seen in Nene Raju Nene Mantri, Rana Daggubati is best known for the Baahubali series of movies. Apart from Telugu and Tamil films, the actor also has Bollywood projects like The Ghazi Attack, Department, Dum Maaro Dum and Baby on his resume.