The actress announced her pregnancy in August 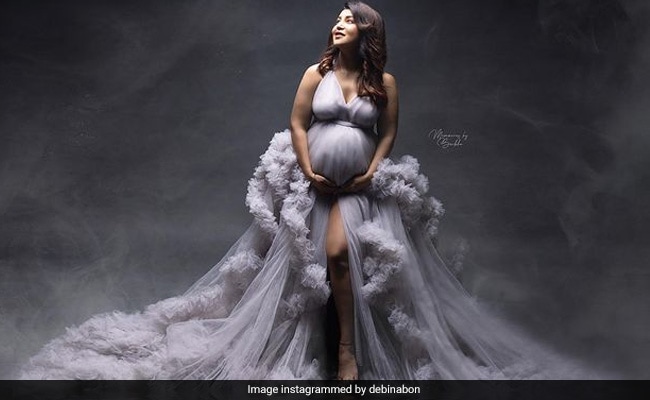 Ramayan actress Debina Bonnerjee, who is expecting her second child with husband Gurmeet Chaudhary, shared a stunning picture from her maternity shoot on social media, on Thursday. The actress can be seen dressed in a ruffled outfit in the picture. "Embrace the amazing potential of the magic you are capable of creating and embrace it," she captioned the post. She posted a picture from her maternity shoot a few days ago as well and she captioned it: "Because of you I believe miracles do happen." Debina announced her pregnancy in August this year.

The actress also posted a behind-the-scene video from the shoot on Instagram and she wrote: "It's an art to capture this journey with care and passion... And Memories by Barkha actually made it memorable... Keep watching this space for more."

Gurmeet Chaudhary and Debina Bonnerjee's love story began on the sets of the 2008 television series Ramayan, in which he played the role of Lord Ram and Debina co-starred as Sita. After few years of dating, Gurmeet and Debina got married in a private ceremony in 2011. The couple also participated in the TV reality shows Pati Patni Aur Woh and Nach Baliye 6. The couple welcomed their baby girl Lianna in April this year.

Gurmeet has starred in TV shows like Geet - Hui Sabse Parayi and Punar Vivah, while Debina played the antagonist in the TV show Santoshi Maa. Gurmeet made his Bollywood debut in Khamoshiyan and later starred in Wajah Tum Ho.