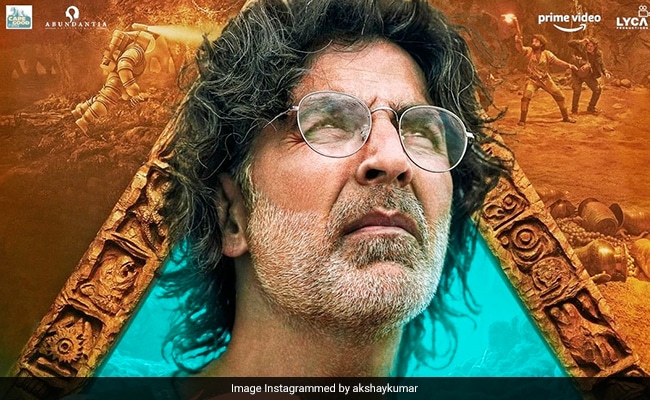 For all those eagerly waiting for Akshay Kumar's Ram Setu, we have good news. A day after teasing his fans about a “special” update on the action-drama, Akshay revealed in his latest post that he will unveil the “first glimpse” of his film at 12 PM today. The film, which stars the actor as an archaeologist, also features Jacqueline Fernandez, Nushrratt Bharuccha and Satyadev in pivotal roles. Sharing a poster featuring his character from the film on Twitter, Akshay Kumar also announced the release date of Ram Setu. It will open in theatres worldwide on October 25, a day after Diwali. He wrote: “Judiye humare sath aur baniye iss romanchak safar ka hissa. Ram Setu ki duniya bhar mein pehli jhalak, aaj dhophar 12 baje (Join us and be a part of this exciting journey. First glimpse of Ram Setu worldwide, today at 12 noon). Are you all set? Ram Setu. October 25. Only in theatres worldwide.”

The poster mainly shows Akshay Kumar sporting long curly hair and a salt and pepper beard, with a few glimpses of the film in the background.

The actor celebrated his daughter Nitara's 10th birthday on Sunday. Posting a heartwarming wish for her on social media, Akshay Kumar also thanked his fans for making “lovely posters and videos” on Ram Setu. He wrote about announcing a “special” update. He had tweeted: “Aaj meri beti ka janamdin hai…want to seek your blessings and also say a big thank you for all the lovely posters and videos made by some of you on Ram Setu. Am absolutely speechless and overwhelmed. Kal kuch special la rahen hai hum aap sabke liye… umeed hai aapko pasand aega. Love you all.”

आज मेरी बेटी का जन्मदिन है…want to seek your blessings and also say a big thank you for all the lovely posters and videos made by some of you on #RamSetu.Am absolutely speechless & overwhelmed???? कल कुछ special ला रहें हैं हम आप सब के लिए…उम्मीद है आप को पसंद आएगा. Love you all.

The first poster of the film was released in April this year.

Akshay Kumar was last seen in Disney+Hostar's Cuttputlli, in which he shared screen space with Rakul Preet Singh.