Ram Kapoor "Speechless" At Amul's Tribute To His Father, A "True Legend"

"Truly speechless at the tribute that Amul has made for my father. You were a true legend dad," wrote Ram Kapoor 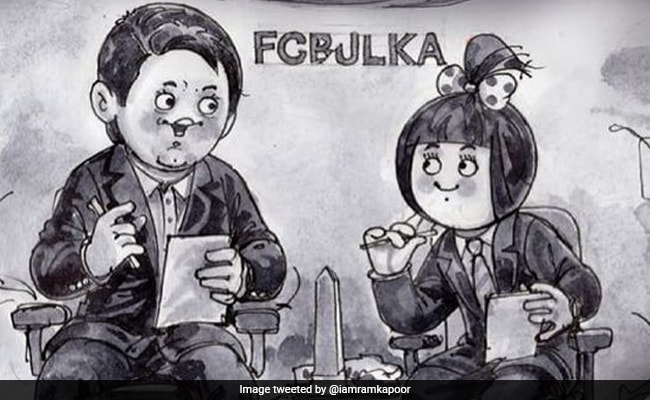 Actor Ram Kapoor lost his father, former ad guru Anil Kapoor, on April 12 - he reportedly died after a battle with cancer. Ram Kapoor's father was 74. Anil Kapoor, who was formerly the chairperson of advertising agency FCB Ulka, worked closely with Amul for years. On Thursday, Ram Kapoor shared Amul's emotional tribute to his father along with a heart-wrenching note. "Truly speechless at the tribute that Amul has made for my father. You were a true legend dad. I miss you so much. Rest in peace," wrote Ram Kapoor. And here's how Amul paid tribute to the late adman: "Tribute to one of the doyens of the Indian advertising industry" - "You will always be part of our Famuly," reads the poster.

On Ram Kapoor's post, messages of condolence poured in from TV stars such as Jennifer Winget, Sumona Chakravarti, Drashti Dhami and Kishwer Merchantt, who wrote: "Prayers , love and strength."

Ram Kapoor's wife, Gautami Kapoor, mourned her late father-in-law in a heartfelt Instagram post, writing: "Dad ... you live in our hearts forever... RIP... to the strongest, toughest man I ever knew... love you". "A genius, a giant, a gentleman," she added.

Ram Kapoor and Gautami became popular names in the television world after starring in Ghar Ek Mandir. Gautami went on to star in shows such as Lipstick, Kyunkii... Saas Bhi Kabhi Bahu Thi and Parvarrish. Ram Kapoor is best known for his roles in shows such as Kyunkii... Saas Bhi Kabhi Bahu Thi, Dil Ki Baatein Dil Hi Jaane and Kasamh Se. Apart from small screen, Ram Kapoor has also featured in films such as Student Of The Year, Shaadi Ke Side Effects, Karthik Calling Karthik and Baar Baar Dekho. He was last seen in the web-series Abhay.