"You are a brat but I love you," wrote Rakul Preet Singh 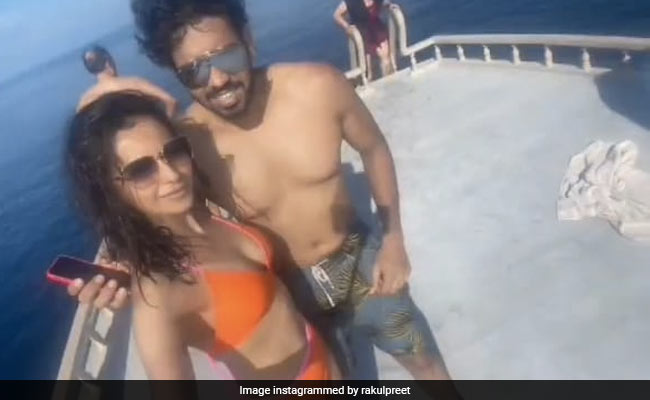 A still from the video Rakul Preet shared. (courtesy: rakulpreet)

Rakul Preet Singh shared a super cute post on Siblings Day. The actress shared a goofy video on her Instagram profile that features her along with her brother Aman Preet Singh. The video features the brother-sister duo smiling away, posing, kickboxing and goofing around. Simply put, they are giving us major sibling goals. The track Uptown Funk can be heard playing in the backdrop of the video. Rakul Preet Singh put everything into perspective when she wrote in her caption: "You are a brat but I love you." She accompanied her post with the hashtag #siblingsbond. Aww! How cute is that.