"I didn't know much about the south industry and neither did I know about the Hindi film industry," said Rakul Preet Singh 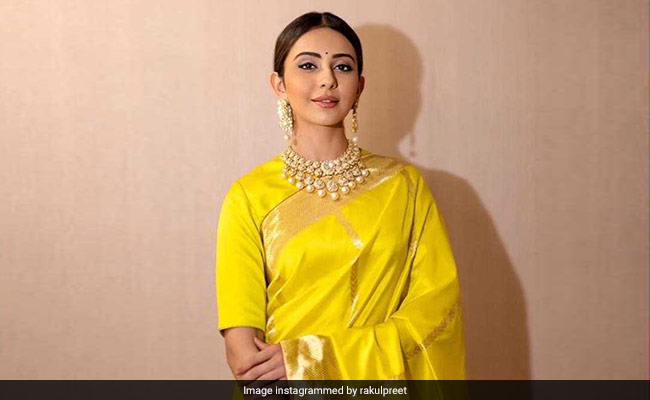 Rakul Preet Singh will next be seen in Marjaavaan. (Image courtesy: rakulpreet)

She made her acting debut in 2009 with the Kannada film Gilli and later ventured into the Hindi film industry in 2014 with Yaariyan. Rakul Preet Singh says she always wanted to act but neither the southern film industry nor Bollywood was the plan for her.

The 28-year-old actress said she knew that she "wanted to act" but she "didn't know how".

"I didn't know much about the south industry and neither did I know about the Hindi film industry. I shot Yaariyan and then my first film in Telugu. I shot for that film and that went on to become successful and the rest is history. After that, I signed on a bunch of south Indian films - Telugu films. I just continued working there for seven to eight projects because they were great opportunities," she added.

Rakul made her Telugu film debut with Keratam in 2011 and her Tamil debut in Thadaiyara Thaakka the following year. She was a part of commercially successful films like Venkatadri Express , Current Theega, Rough,Kick 2, Dhruva, SPYder and Aiyaari.

The actress, who is associated with online clothing company KOOVS, said her understanding of films actually happened through the process of shooting for the projects.

While working, Rakul said that she realised she wanted to work in films and do much better content. "Then Hindi happened again," said the actress, who has been appointed as the brand ambassador for the Beti Bachao, Beti Padhao programme by the Telangana government.

Yaariyan was shot before her Telugu film debut in 2011.

"Then I got so busy there and then I came back with Aiyaari and then De De Pyaar De and now Marjaavaan ," she said.

"All I want to do right now is great films, challenging roles. That's what gives me a high, and just to have some great content in my hand to work on," she said.