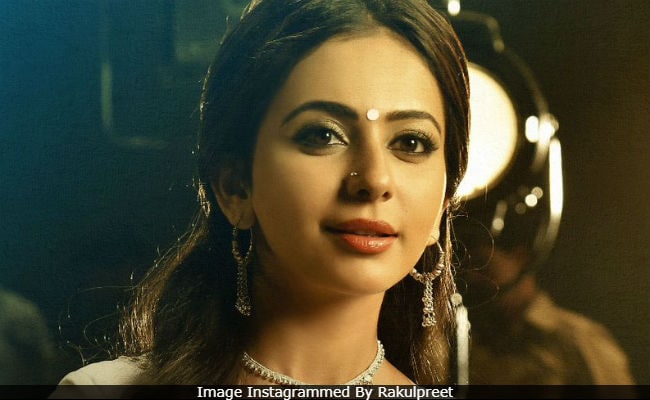 Rakul Preet Singh's first look as late actress Sridevi in NTR biopic was released on social media today. The makers chose the best day to unveil her look as she celebrates her 28th birthday today. "Presenting the first look of Sridevi garu in NTR biopic," Rakul wrote while sharing the photo. The NTR biopic, now titled Kathanayakudu, is based on actor-politician Nandamuri Taraka Rama Rao's life. Sridevi, who died earlier this year, had started her acting career with the Southern film industry. As a teenager, she co-starred with NTR in several of his films, including superhits such as Vetagaadu, Kondaveeti Simham, Justice Chowdhary and Bobbili Puli.

Presenting first look of #sridevigaru in #ntrbiopic !! hope you like it !

Of playing Sridevi in the film, she told TOI, "I have been a big fan and recreating the diva on screen for the first time is a big responsibility. I hope I can do justice to it. The makers have full faith in me and I hope I can live up to it."

Rakul's name for the film was considered some months ago while, previous reports suggested that Deepika Padukone would apparently take up the role.

The NTR biopic, directed by Krish Jagarlamudi, went on floors in March. Vice President M Venkaiah Naidu was present at the shooting in Hyderabad. Rana Daggubati, Prakash Raj and Sumanth are also part of the film.

The much-awaited biopic will release in two installments - NTR Kathanayakudu and NTR Mahanayakudu. The first part is set to hit the screens on January 9, 2019 and the next one will release on January 24.