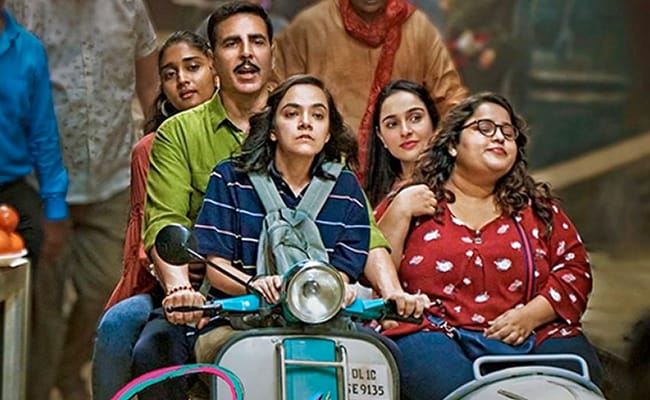 Akshay Kumar's latest offering Raksha Bandhan has failed to impress cinema lovers, the film's box office collection shows. At the end of five days, Raksha Bandhan, which was released on August 11, has only made Rs 34 crore, as per Bollywood trade analyst Taran Adarsh. The collections are far from desirable given that it was released ahead of a long weekend, courtesy of Raksha Bandhan (the festival) and Independence Day. Sharing the box office collections for the five-day window in a post on Koo, Taran Adarsh said, “#RakshaBandhan is a non-performer... Fails to hit double digits despite multiple holidays... 5-day total is a complete shocker... Thu 8.20 cr [Raksha Bandhan], Fri 6.40 cr, Sat 6.51 cr, Sun 7.05 cr, Mon 6.31 cr [Independence Day]. Total: ₹ 34.47 cr. #India biz.”

On the day of the release too, Taran Adarsh had noted that Raksha Bandhan was off to a disappointing start. He wrote: “Raksha Bandhan has a disappointing start on Day 1... Mass circuits perform better [good occupancy in evening shows], but metros are extremely weak... Business needs to grow/jump from Friday-Sunday to improve its prospects... Thursday ₹ 8.20 crore. India business.”

Raksha Bandhan has been headlined by Akshay Kumar and directed by Aanand L Rai. The two have previously worked together on Atrangi Re!  The film has been penned by screenwriter couple Himanshu Sharma and Kanika Dhillon, and stars Bhumi Pednekar opposite Akshay Kumar.

The film revolves around the character of Lala Kedarnath (Akshay Kumar), whose sole aim in life is to get his four sisters married off into good homes. The actresses playing Lala's sisters are Sadia Khateeb, Sahejmeen Kaur, Smrithi Srikanth and Deepika Khanna.

Raksha Bandhan has been produced by Zee Studios, Colour Yellow Productions and Cape of Good Films.