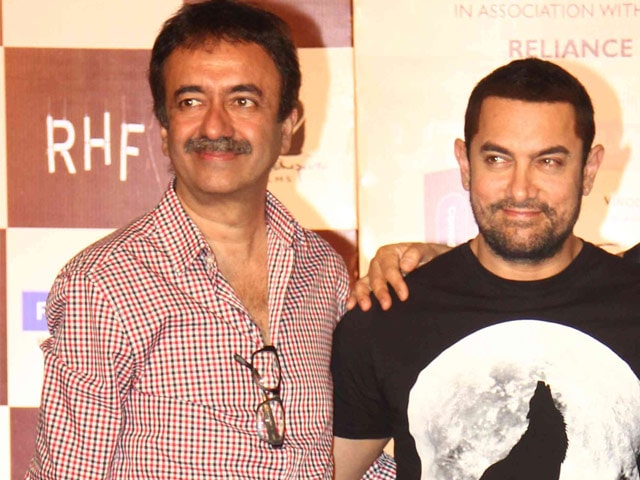 Rajkumar Hirani and Aamir Khan photographed at an event in Mumbai.

New Delhi: Actor Aamir Khan visited his PK director Rajkumar Hirani in hospital and has issued a health bulletin on Twitter saying the 52-year-old filmmaker will be discharged later today.

For all those concerned about Raju Hirani, I have just met him in hospital. He is doing fine, and will be discharged this evening.

Mr Hirani was taken to Mumbai's Lilavati Hospital early on Tuesday after falling off a motorbike. He suffered a fractured jaw and a gash on the chin.

Mr Hirani, who is believed to have been in ICU for a while, had no life-threatening injuries, said Dr Jalil Parkar of Lilavati Hospital.

A hospital official told news agency IANS: "He is getting discharged. He is absolutely fine and nothing serious."

Mr Hirani is believed to have been riding a new Royal Enfield Bullet owned by one of his employees. He was riding at a low speed but couldn't manage the weight and fell.

Rajkumar Hirani's last film was the blockbuster PK, starring Aamir and Anushka Sharma, which released last year. He also made 3 Idiots and the Munna Bhai films, all hugely successful.