Rajkummar Rao Says 'Acting Is Not An Ego Game'

"It has never been about me; acting is not an ego game. It is always about the character and the film," said Rajkummar Rao 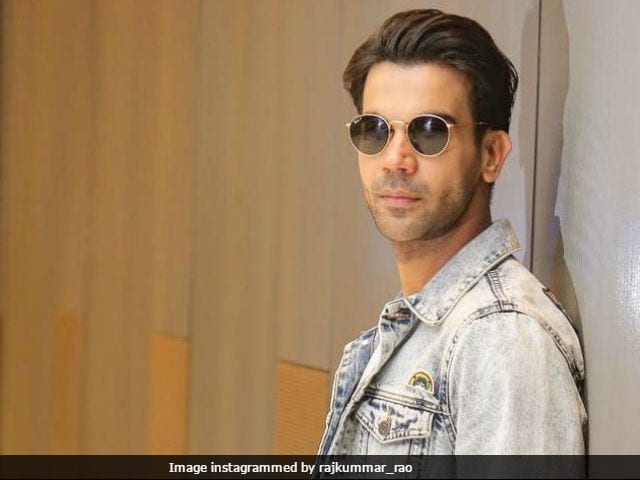 New Delhi: Rajkummar Rao, who is celebrating his 33rd birthday today, is known to be one of the most versatile actors of Bollywood. The Aligarh actor has undergone a lot of physical transformation for various roles. Speaking to news agency PTI on his special day, Rajkummar Rao said that 'acting is not an ego game' for him. "It has never been about me; acting is not an ego game. It is always about the character and the film. I can't be thinking about how I look, who my co-stars are or whether they have a better role than me," PTI quoted the actor as saying.

Rajkummar Rao is currently enjoying the success of his latest film Bareilly Ki Barfi and his role as Pritam Vidrohi has been widely appreciated. Superstar Amitabh Bachchan also sent a bouquet of flowers with a handwritten note to the actor. Elated Rajkummar Rao had shared a picture of the bouquet of flowers he received from Mr Bachchan on social media.

Rajkummar Rao is now awaiting the release of his next film Newton, in which he will be seen portraying the role of a rookie government clerk.

After Newton, Rajkummar Rao will feature in Hansal Mehta's Omerta. The film marks Rajkummar's fifth collaboration with the director after web-series Bose and movies Shahid, CityLights and Aligarh.

Speaking about his bond with Mr Mehta, Rajkummar Rao told PTI that the director always offers him something different.

"I feel very lucky to have found Hansal sir in my life. You need somebody who always pushes you as an actor. He always offers me something which I have not done before or which I have not imagined myself doing," PTI quoted Rajkummar Rao as saying.

Rajkummar Rao also spoke about his film Omerta and described it as 'unconventional.'

"It's an unconventional film for both of us. It's in stark contrast to what Shahid was. Because I have done Shahid, it was great as an actor to do an absolutely different character with the same director," Rajkummar told PTI.

Rajkummar Rao said that he is lucky that he hasn't been typecast yet.

Promoted
Listen to the latest songs, only on JioSaavn.com
"Luckily for me, I have not been typecast as of yet. I'm not carrying a certain image. This is why when Behen Hogi Teri and Bareilly came my way, I took them up. I thought it would break the convention of the romantic hero. There is a certain body and style attached to them. I wanted to break that and make this romantic hero real, one of our own," Rajkummar told PTI.

"I have been getting commercial film scripts since forever. Every week, I get one or two hero-wali script. But if my heart is not there and the story doesn't make sense to me, I won't do it. The conventional roles have been done to death and there is no point in following the herd. I will rather do a Trapped or Newton, where I'm more satisfied as an actor," he added.
(With PTI inputs)