Rajkummar Rao Always Wanted To Be An Actor, 'Had No Plan B'

Rajkummar Rao said: "Our directors too are experimenting with their storytelling and that is the reason why actors like me and so many of us are getting great characters to portray on screen" 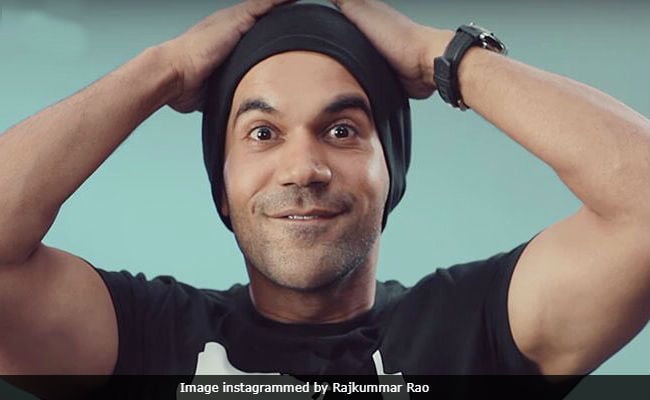 New Delhi: He debuted in the Hindi film industry with Love Sex Aur Dhokha and went on to grab the limelight by delivering powerful performances. Geared up to enthrall cinema lovers with more thought-provoking projects, actor Rajkummar Rao says he is here for a marathon and not a rat race. From performing on the stage at Shri Ram Centre in Delhi to picking up the nuances of acting at the Film and Television Institute of India (FTII), Pune, the 33-year-old actor started in the industry with no godfather. In a span of eight years, he has cemented his space with his work in films like Kai Po Che!, Shahid, Aligarh, CityLights, Bareilly Ki Barfi and Newton.

Rajkummar believes the times are changing for outsiders seeking a break in Bollywood. "Being an outsider, I know it is not easy for an outsider to (get a break) in the industry; but I think times are changing. Writers in this generation are coming with some wonderful stories. Our directors too are experimenting with their storytelling and that is the reason why actors like me and so many of us are getting great characters to portray on screen," Rajkummar told IANS.

"I just hope this journey continues and I keep challenging myself. I just want to push the envelope with every film. I really do not want to find any comfort zone. It is just a very humble beginning. I have just started and it feels like Love Sex Aur Dhoka is just released... It has been seven years and there is a long way to go. I am here for a marathon actually, not a rat race," added the actor on the sidelines of season 2 of Signature Start Up Masterclass.

He says there was never a Plan B for him.

"This is the only thing I have always thought of doing since my school days. I always wanted to be a film actor. I always chased that dream and I started by doing theatre in Delhi. Then I went to FTII from where I landed in Mumbai in 2008," said Rajkummar, who says FTII gave him the confidence to face the camera. "Somewhere, I feel that people take FTII actors seriously because we commit two to three years of our lives to learn acting," he said.

The struggle began when the Gurugram boy landed in Mumbai. "For me, the first two years in Mumbai were a bit tough. As Mumbai is an expensive city, it was not easy for me to cope up with a lot of expenses here. But my family really supported me."

His career has seen him work with names like Nawazuddin Siddiqui, Richa Chadha, Huma Qureshi, Tigmanshu Dhulia, Aamir Khan, Kareena Kapoor Khan and Rani Mukerji. And starry tantrums are not something he had to deal with. "I think I was very lucky that I got to work with some really wonderful actors and directors. It is team work. You cannot really work alone here. I'm glad that whoever I worked with till date were equally passionate about their work in acting or in making films."

Rajkummar's popularity has also not affected his attitude. Besides his performances, people often compliment him for his humility.

Brushing that off, he said: "I just be myself as I am doing this (acting) for myself. I wanted to work all my life in films, not because I wanted to prove a point to anyone. I genuinely fell in love with acting. When there is true love, there is no other feeling. I think this is what I breathe for every day, to act in front of the camera."

How does he deal with failure?

"As long as people see my effort, my sincerity and they write good things about me, I am okay with it. Because I cannot really control whether a film works or not. I can only control my sincerity and see that I, as an actor, give 100 per cent to whatever I am doing. It does feel bad, but it's fine. You have to keep doing it and take the chance," said Rajkummar, whose films Love Sonia, 5 Weddings, Omerta and Shimla Mirchi are slated to release this year.

Inspired by Hollywood actor Daniel Day-Lewis' commitment to his work, Rajkummar, who is filming for Fanne Khan, does not like to follow a "herd mentality".

Promoted
Listen to the latest songs, only on JioSaavn.com
"There will be people always telling you to do this or that. You have to make your own mistakes and learn from them. There's just one life, so do what you want to do."