Kaala producer Dhanush apologised to Rajinikanth's fans for the delay 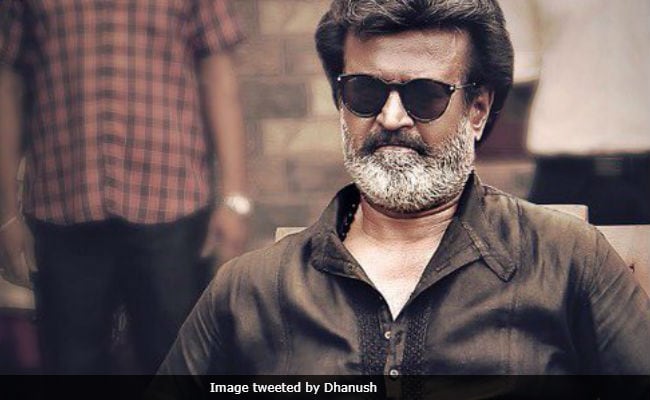 New Delhi: Fans of superstar Rajinikanth will have to wait for one more day to witness his magic in the teaser of Kaala. Actor Dhanush, who is producing Kaala, on Thursday said that the team has decided to postpone the teaser release to March 2 "as a mark of respect" for Kanchi Shankaracharya Jayendra Saraswathi, who died due to cardiac arrest in Tamil Nadu on Wednesday. Kanchi Shankaracharya Jayendra Saraswathi was the 69th pontiff of the Kanchi Mutt. "Apologies to all the fans who were eagerly waiting for the teaser," Dhanush tweeted. So far, Dhanush and team Kaala have only shared a couple of film posters featuring Rajinikanth.

Due to the demise of respected Jagadguru Poojyashri Jayaendra Saraswati Shankaracharya, as a mark of respect Kaala teaser will be released on 2nd March. Apologies to all the fans who were eagerly waiting for the teaser.

Here are the two posters of Kaala shared by Dhanush:

The news you have all been waiting for. #kaala TEASER FROM MARCH 1ST. Get ready to be in awe of our one and only Superstar's charisma and style. " " pic.twitter.com/3gcKmhWXEQ

Mark the date !! #kaalaa#april27 the don of dons is back #Superstar#thalaivarpic.twitter.com/FMakkwM5ee

In Kaala, Rajinikanth plays the role of a revered and feared don named Karikaalan (also called Kaala). The film is directed by Pa Ranjith, who made Kabali with Rajinikanth in 2015. Rajinikanth played a don who worked for the benefit of Indians in Malaysia in Kabali. A part of Kaala was shot in Mumbai in the summer of 2017. Many times Rajinikanth was photographed on the sets of the film dressed in all-black attire.

Promoted
Listen to the latest songs, only on JioSaavn.com
Besides Kaala, fans are eagerly waiting for an update on Rajinikanth's long-time pending project 2.0. The sequel of Enthiran (released as Robot in Hindi) is directed by S Shankar and features Akshay Kumar as the primary villain. In 2.0, Vaseegaran's (Rajinikanth) nemesis, robot Chitti (also Rajinikanth), will unite with him to fight a common enemy.

Last week, director Karthik Subbaraj also announced that he will be directing Rajinikanth in his next project.
Comments
kaala teaserdhanush rajinikanthrajinikanth kaala