Rajinikanth's Kaala: Fans Tweet Their Verdict - 'Once A King, Always A King' 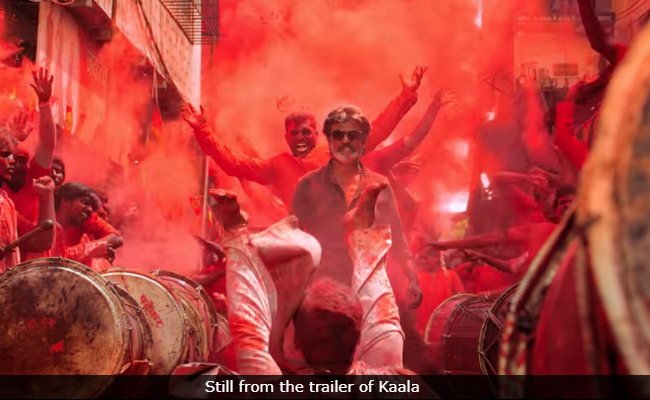 New Delhi: The critics are yet to deliver their verdict on Rajinikanth's new film Kaala but fans have declared this one a super-hit already. Cine-lovers trooped to the theatres on the morning on June 7 to catch early shows (as early as 4.30 am) of Rajinikanth's new film and they say the wait was worth it. "Kaala pakka masssss... #Thalaivar all side sixer," tweeted on excited fan during the film's interval. "Such a feel good first half filled with lovely characters and enjoyable comedies. Solid Interval and the fight scene before that," added another Twitter user. Kaala, directed by Pa Ranjith, features Rajinikanth as a benevolent 'King of Dharavi' who won't let any politician disrupt the lives of the slum-dwellers. He's up for a fight against the system for the betterment of the people who revere him.

Here's what fans, who've seen Kaala, said about the film:

Such a feel good 1st half filled with lovely characters & enjoyable comedies.

Solid Interval & the fight scene before that. Hoping for an intense 2nd half #KAALA

#Kaala , thalaivar oozes swag all over, those cute expressions and mass looks. Proves why he's the superstar

#Kaala - Time for blockbusters to rename as @rajinikanth . This is his lifetime best. This is more than a movie, a peoples movement !!

Kaala opened to packed shows on Thursday morning. Fans all over the world set off fireworks and cheered as the superstar took the centrestage. Here's a scene from outside theatre in Chennai at 4.15 am:

Kaala is Rajinikanth's second consecutive gangster film after Kabali (also directed by Pa Ranjith). Though celebrations for the release of Kaala are in full swing, Karnataka is lagging behind. Pro-Kannada outfits threatened to disrupt the film's screening even though the Supreme Court refused to stay the film's release. Rajinikanth on Wednesday appealed to the protesting outfits: "I have not done any mistake. Please do not disturb those who want to watch the movie. I request your cooperation," reports news agency PTI.