"Best wishes to not just a superstar... The only superstar!" wrote Salman Khan 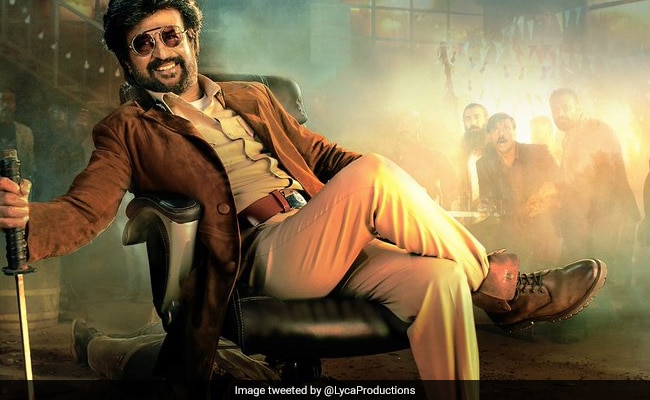 It's here! The much-awaited motion poster of Rajinikanth's upcoming film Darbar released on Thursday. The motion poster was unveiled simultaneously by Salman Khan, Kamal Haasan and Mahesh Babu on their respective social media accounts. In the motion poster, Rajinikanth's look as a fearless cop will surely give you goosebumps. He can be seen attacking his enemies with a sword in style and why not? He is Rajinikanth! While Salman Khan released Darbar's motion poster for the Hindi version, Kamal Haasan, who celebrated his 65th birthday on Thursday, and Mahesh Babu presented the Tamil and Telugu posters on social media.

Best wishes to not just a superstar.. The only superstar! Rajni garu in full motion #DarbarMotionPosterhttps://t.co/kE1jxtIRzQ#DARBAR@rajinikanth#Nayanthara@SunielVShetty@i_nivethathomas@anirudhofficial@santoshsivan@sreekar_prasad@LycaProductions#DarbarThiruvizha

In Darbar, which is set in the backdrop of Mumbai, Rajinikanth plays the role of a cop. The audience will see Rajinikanth as a policeman after 27 years as he last played the role of a cop in the 1992 film Pandiyan. Other than Rajinikanth, Darbar co-stars Nayanthara, Suneil Shetty, Prateik Babbar, Nivetha Thomas, Yogi Babu, Thambi Ramaiya, Sriman, Jatin Sarna and Nawab Shah in pivotal roles.

Directed by AR Murugadoss and produced by Allirajah Subaskaran's Lyca Productions, Darbar is slated to open in theatres on Pongal next year, which is January 15. The film is Rajinikanth and AR Murugadoss' first project together.