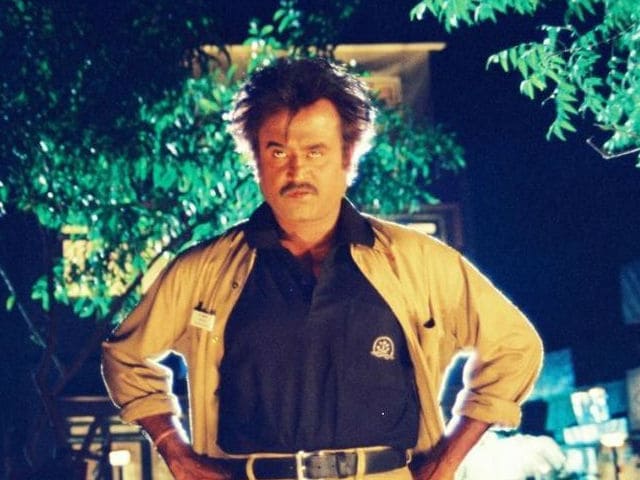 New Delhi: Rajinikanth's Baasha, which is considered to be one of Rajinikanth's biggest hits, released again 22 years after it originally released in 1995. A digitally remastered version of the film, which retains the original dialogue, released amidst fanfare on Friday and the superstars' daughter Aishwaryaa R Dhanush says it was a "surreal experience." Rajinikanth's wife Latha told news agency IANS that she was "carried away by seeing the love of fans and audience." Many theatres are running to packed houses and it's a sell-out for the weekend. 80 screens across Tamil Nadu are showing the film. Baasha, co-starring Nagma, is believed to have been inspired by the Hindi film Hum, which also starred Rajinikanth.

Meanwhile, in a statement Latha Rajinikanth said: "I was carried away by seeing the love of fans and audience which is intact even after several years. The response was bigger than the special show. Even Jackie Chan's release is not as phenomenal as this re-release of Baasha," reports IANS.

Technicians took some six months to restore the old print of Baasha and give it a new feel. Musician Deva, who originally scored the film's music, has redone the music for Baasha 2.0.

Director Suresh Krishna, who made the film, says, "The craze for Baasha is amazing even after television channels have shown the movie umpteen number of times."

Watch what the director of Baasha has to say about the film:

Promoted
Listen to the latest songs, only on JioSaavn.com
It was after Baasha that Rajinikanth reportedly started charging a fee of Rs 1 crore or above for his films.