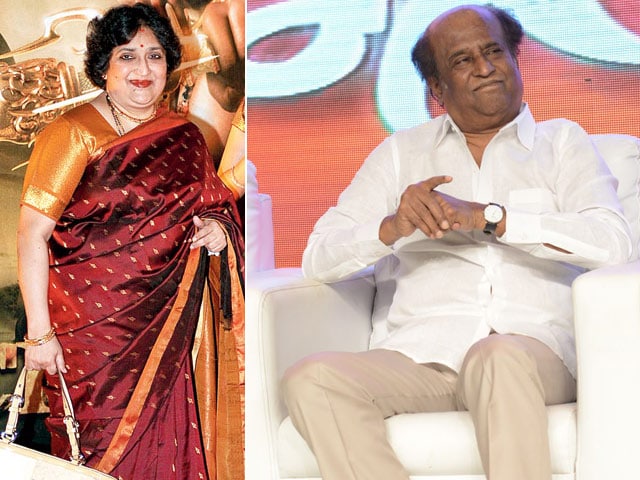 Tamil superstar Rajinikanth's new film Lingaa has released today, on is 64th birthday, and some of his biggest fans are very close to home.

In an exclusive interview to NDTV, Latha Rajinikanth described Lingaa as "awesome." While his action sequences and stunts might thrill Lingaa-watchers across India (indeed, the world), Mrs Rajinikanth reserved special praise for the softer side of the actor's character. "Rajini has managed to romance Sonakshi Sinha as well," she said.

Sonakshi, who is 27, has already said that the 64-year-old Rajinikanth was most uncomfortable in their scenes together. The actor himself confessed that shooting romantic duets with Sonakshi and his other co-star Anushka Shetty was tougher than shooting the stunts.

Actor Dhanush, who is Rajinikanth's son-in-law, told NDTV that "Rajini is priceless. He's still energetic and rules the world." Dhanush is married to the superstar's younger daughter, filmmaker Aishwarya.

Promoted
Listen to the latest songs, only on JioSaavn.com
His elder daughter, Soundarya, directed him in this year's animated movie Kochadaiiyaan. She said, Lingaa is amazing. Very emotional to watch with fans."

Chennai, Rajinikanth's hometown, has been beside itself with excitement all day. Posters of the actor were anointed with milk, fans formed a procession on motorbikes and chariot-like trucks, theatres showing the film were festooned with banners featuring the star. The snaking queue outside the Kasi theatre in the city also included four fans all the way from Japan, wearing Rajini T-shirts.