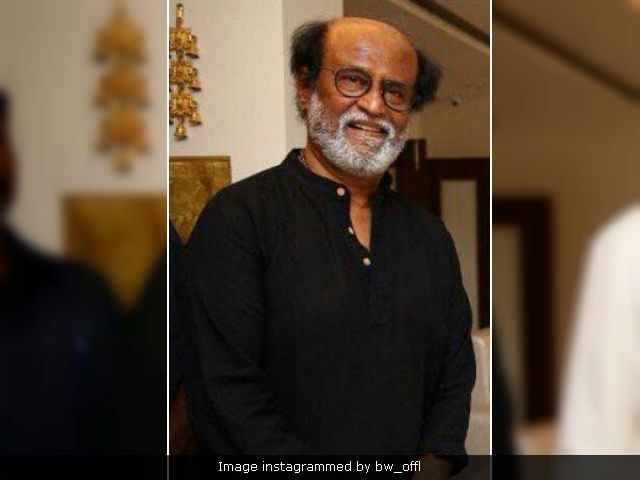 Chennai: Superstar Rajinikanth cancelled the photo session with fans which scheduled between April 12 and April 16. In an audio message he said that new district-wise dates would be announced soon. In his message Rajinikanth said that fans were disappointed with his original plan to take group photos with eight fans as they want solo pictures with him. To fulfill this he would work out fresh dates for fans district-wise, unlike the earlier plan to bring fans from a few districts together, every day. "We had decided to invite 1,800 to 2,000 fans of them to participate during the meeting. It was my desire. But, later, we realised that it is not practically feasible to take individual photographs with everyone during the meeting and had decided to take photo sessions in eight member groups. However, a majority of fans had expressed disappointment saying how they could display an individual photograph with me in their respective homes if it is going to be a group photograph," he said in an audio message.

"Since we realised it is difficult to take pictures individually, we decided to postpone the meeting. We are planning to conduct it in future by inviting fans from two districts each and take pictures with them individually. I will announce the meeting date in future. I think you all will understand and extend cooperation," Rajinikanth added.

Last week the superstar dismissed reports that he could make a political announcement in these meetings. Recently, he had also clarified the he supports no one in the upcoming R K Nagar by-elections. Incidentally, April 12, the first day of his earlier programme, is also the by-election day for R K Nagar.

Promoted
Listen to the latest songs, only on JioSaavn.com
Rajinikanth was last seen in Kabaali, in which he played a Malaysia-based don. The film, directed by Pa Ranjith, also starred Radhika Apte as his onscreen wife and Dhansika as his onscreen daughter. The film released last year in July and performed well at the Box Office. Last week, Rajinikanth also met Malaysian Prime Minister Najib Razak, at his Chennai residence. "It was a goodwill meeting," he said.

Rajinikanth's upcoming film is Shankar-directed 2.0 which co-stars National Award-winning actor Akshay Kumar. Akshay stars as antagonist in the film. Rajinikanth recently said that the film's shoot is over and will release around Diwali. "The shooting is over. Post-production work is on. It would be released for Diwali," he said. 2.0 also stars Amy Jackson and Sudhanshu Pandey.