"I am doing a prequel to Baahubali for Netflix. It is called as Baahubali: Before The Beginning. I have a big role," said Rahul Bose 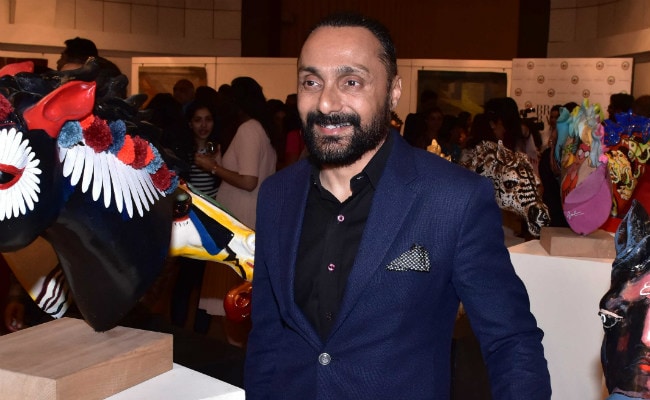 Rahul Bose just shared some trivia about Netflix's upcoming Baahubali web-series, reported news agency IANS. The 51-year-old actor plays a character named Skandadasa in the web-series and said that he will begin shooting for the project next month. Rahul Bose, who was spotted sporting a bearded look at the inauguration of an art show in Mumbai recently, was asked the reason behind his new look. In response, the Jhankaar Beats actor said that his character in Baahubali: Before The Beginning has a beard, which explains his new look. "I am doing a prequel to Baahubali for Netflix. It is called as Baahubali: Before The Beginning. I have a big role in it. We will start shooting December beginning. My character has a bearded look, and I don't want to sport a fake beard for the next six months. I will have the same look," IANS quoted him as saying. Rahul Bose at the inauguration of an art show in Mumbai

The series is co-directed by Praveen Sataru and Deva Katta, who explained how the series is different from the films in a previous interview: "The movie was single emotion and singular conflict... now we are exploring a lot deeper into the characters and with a more epic way of storytelling within the Mahishmati world," IANS quoted him as saying.

Baahubali: Before The Beginning is expected to release on Netflix sometime next year.