Radhe: Iulia Vantur explains why it was "super unexpected" that her test recording of Seeti Maar made the final cut 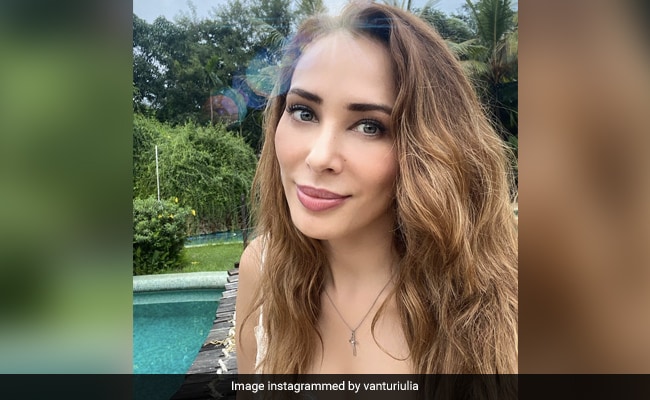 Iulia Vantur, the voice behind the song Seeti Maar from Salman Khan's upcoming film Radhe, revealed to Indian Express that the cut that made it to the soundtrack was actually a test recording that she viewed as practice. Seeti Maar has been recreated by Devi Sri Prasad or DSP, who created it originally for Allu Arjun's 2017 hit DJ: Duvvada Jagannadham. Turns out, DSP liked the practice version of Iulia Vantur's rendition - sent to him by Radhe composers Sajid-Wajid - and used it for the final song. The male voice in the song is that of Kamaal Khan, long time Salman collaborator.

Speaking to Indian Express, Iulia Vantur said, "Sajid used to give me different songs to practice and to test my voice. Later he called me and said he's sent my recording to composer Devi Sri Prasad, who has liked my voice and will keep it in the movie. Honestly, when I recorded the song, I thought it will be a test practice. And I'll get more time to practice. It was super unexpected for me."

Iulia Vantur also acknowledged that Seeti Maar will always be essentially Allu Arjun's property. "Considering this song was made a huge hit by Allu Arjun, so obviously people would get emotionally attached to it. Also, you can't satisfy everyone, the tastes are different. That's why music has so many genres," she said. The new Seeti Maar owes a lot to Radhe stars Salman Khan and Disha Patani, Iulia said: "Salman and Disha's moves are amazing. People love Salman's songs, his hook steps. They are very catchy, popular and easy to follow, that's the beauty. And he always comes up with something totally unexpected, interesting and funny."

Iulia Vantur, who is from Romania and rumoured to have dated Salman, also said, ""I feel blessed that I sing in Bollywood. The fact that I have someone to advise me from the music industry and Bollywood, again, is a big blessing."

Iulia Vantur has also sung a second song on the Radhe soundtrack - Zoom Zoom. Sajid-Wajid have composed the film's music with Himesh Reshammiya contributing one song, in addition to DSP's Seeti Maar.

Radhe is expected to release on Eid, as per Salman Khan tradition; however, the star has acknowledged that the release will depend on the COVID situation.