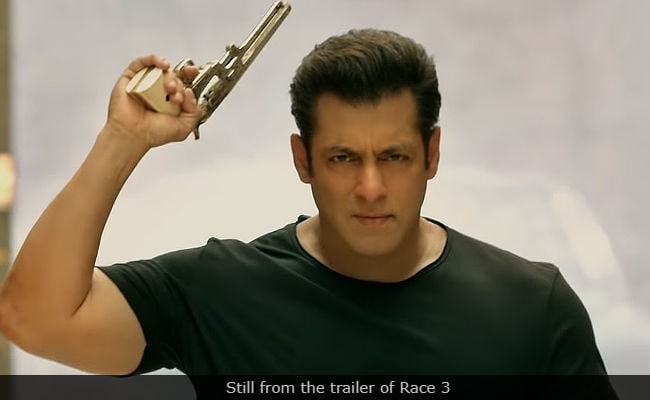 New Delhi: The makers of Race 3 have filmed multiple endings to ensure the finale of the film doesn't leak before it opens in theatres on June 15. Now, as per a mid-day report, in one of the endings Salman Khan, the protagonist of Race 3, has a double role. How's that for a twist, after all, the Race series is known for its plot twists. Salman Khan has previously featured in double roles in films such as Judwaa and more recently in Prem Ratan Dhan Payo. Recently, director Remo D'Souza said that the climax of race 3 was filmed in fives - half the calculated time - because of the team's effort.

"Salman Khan ensured that the gruelling schedule that would otherwise take 10 days to shoot was completed in just 5 days. We had three separate units that were shooting simultaneously on set. The live explosions also had the military's presence for security concern. The entire sequence was an event in itself," Remo said in a statement.

The climax of Race 3 was filmed in the desert of Abu Dhabi. "I wanted a very real treatment for Race 3. The action and explosions that you see in the film were all created on set. The climax scene is an elaborate action sequence that was shot with the entire cast," said Remo.

Race 3 is a reboot of the Race series, which featured Saif Ali Khan in the lead role. Actors Anil Kapoor and Jacqueline Fernandez are the only two members from the previous Race team to return in the third film, however, they both will play different characters.