The third song of Sushant Singh Rajput and Kriti Sanon's Raabta, titled Sadda Move was unveiled by the makers of the film on Monday 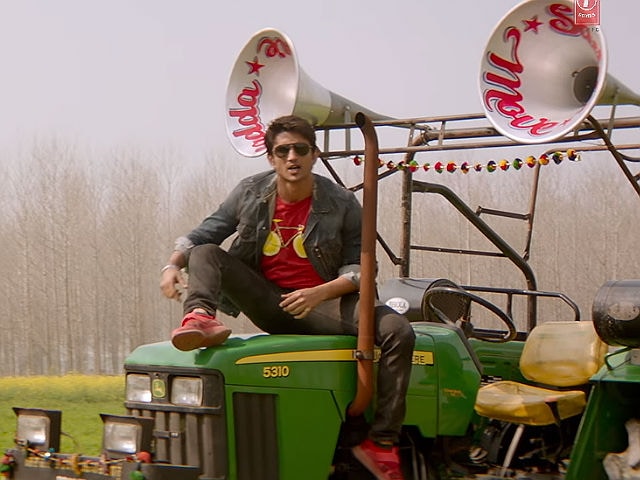 New Delhi: The third song of Sushant Singh Rajput and Kriti Sanon's Raabta, titled Sadda Move was unveiled by the makers of the film on Monday. The peppy song has been voiced by Diljit Dosanjh and Pardeep Singh Sran. In the two-and-half minute clip, Sushant Singh can be seen grooving to the Punjabi beats along with Varun Sharma. Sadda Move has been composed by Pritam. The lyrics of the high-octane song have been written by Irshad Kamil and Amitabh Bhattacharya. Raabta, directed by Dinesh Vijan, is scheduled to release in theatres on June 9.


Deepika Padukone will be seen making a cameo appearance in the film. The 31-year-old actress features in the title track of Raabta which was unveiled on April 27. In the two minute clip of the song, Deepika looked absolutely gorgeous in a black thigh high slit dress. The title track of Raabta also features Sushant Singh Rajput, Kriti Sanon and Jim Sarbh.

Raabta is based on reincarnation. The film also stars Rajkummar Rao, who will be seen portraying the role a 324-year-old man. Last month, the 32-year-old actor shared a picture revealing his look in the film on social media. Here's the picture

And here is my Guest appearance from #Raabta.Thank you @georgetroester and our very own #DirtyhandsStudio

Promoted
Listen to the latest songs, only on JioSaavn.com
Sushant Singh Rajput was last seen in M S Dhoni: The Untold Story. The 31-year-old actor is currently shooting for Drive, co-starring Jacqueline Fernandez. He will also feature in Chanda Mama Door Ke along with R Madhavan and Nawazuddin Siddiqui.

Justin Bieber Will Leave India With These Gifts, Including One For Mom From Rishi Kapoor's Daughter