The fourth song of Kriti Sanon and Sushant Singh Rajput's upcoming film Raabta, titled Main Tera Boyfriend was unveiled by the makers of the movie on Monday 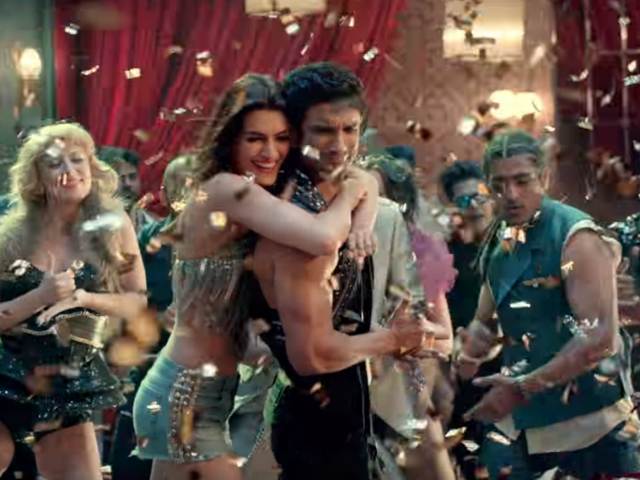 New Delhi: The fourth song of Kriti Sanon and Sushant Singh Rajput's upcoming film Raabta was unveiled by the makers of the movie on Monday. The song titled Main Tera Boyfriend will surely make you put on your dancing shoes. The foot-tapping number has been voiced by Arijit Singh and Neha Kakkar. The music of the song has been composed by Sourav Roy and Eric Pillai. The lyrics of the peppy song have been penned by Kumaar. Main Tera Boyfriend is a revamped version of J Star's 2015 chartbuster track Na Na Na Na. The three-minute clip of the song showcases the sizzling chemistry between Sushant Singh Rajput and Kriti Sanon.


The trailer of Raabta was unveiled by the makers of the film last month. The film is based on the theme of incarnation and revolves around Shiv and Saira's love story which transcends time.


Actress Deepika Padukone will be making a cameo appearance in the film. The 31-year-old actress features in the title track of Raabta which was unveiled last month. The film also stars Rajkummar Rao, who will be seen portraying the role of a 324-year-old man.

Raabta has been directed by Dinesh Vijan and is scheduled to release in theatres on June 9.

Promoted
Listen to the latest songs, only on JioSaavn.com
Sushant Singh Rajput was last featured in 2016 movie M S Dhoni: The Untold Story. The 31-year-old actor is currently shooting for Drive opposite Jacqueline Fernandez. He will also star in Chanda Mama Door Ke.