Raabta Title Track: Deepika Padukone Will Steal Your Heart Away 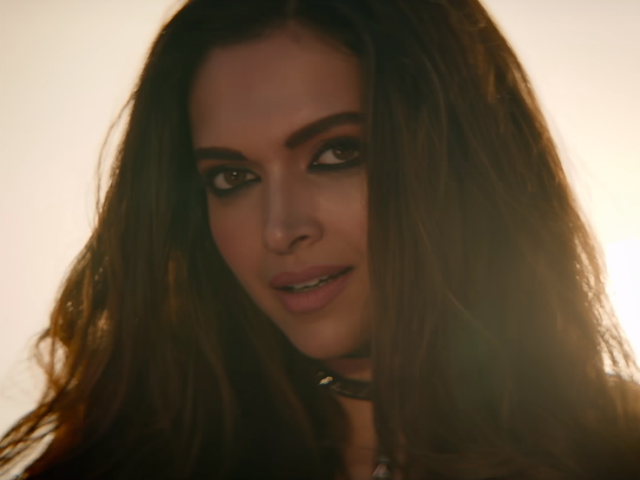 A still from Raabta title track.

New Delhi: We cannot have enough of Deepika Padukone in the title track of Raabta, which was released on Thursday afternoon. Dressed in a black thigh high slit dress, the Cocktail actress looks drop dead gorgeous in the song, which also features Sushant Singh Rajput, Kriti Sanon and Jim Sarbh. Jim walks hand in hand with a rather depressed Kriti (the occasion is possibly their marriage or engagement), as Deepika speaks in the background, 'Tan lade to tan udd jayein. Rooh jude toh judi rahein jayein.' She makes a grand entry as she begins humming the soulful number, sung by Nikhita Gandhi. The song has been written by Irshad Kamil and Amitabh Bhattacharya and composed by Pritam. Watch the song here.


As Deepika's dance moves take center-stage in the song, Kriti realises Sushant Singh Rajput's presence at the venue. The song then takes us back to times when Kriti was in a relationship with Sushant.

This is a new version of the original track Raabtafrom the film Agent Vinod, which had Saif Ali Khan and Kareena Kapoor Khan in lead roles.

Deepika doesn't look anything less than a goddess as she moves to the beats of Raabta. Dinesh Vijan, who makes his debut with the film, reportedly considers Deepika as his lucky charm. He has produced films like Cocktail, Love Aaj Kal and Finding Fanny where Deepika played the lead roles.

Promoted
Listen to the latest songs, only on JioSaavn.com
Raabta is a film on reincarnation. It also stars Rajkummar Rao, who plays a 324-year-old man in the film. Here's a picture of Rajkummar Rao in and as the 'old man'.

The film will release on June 9.