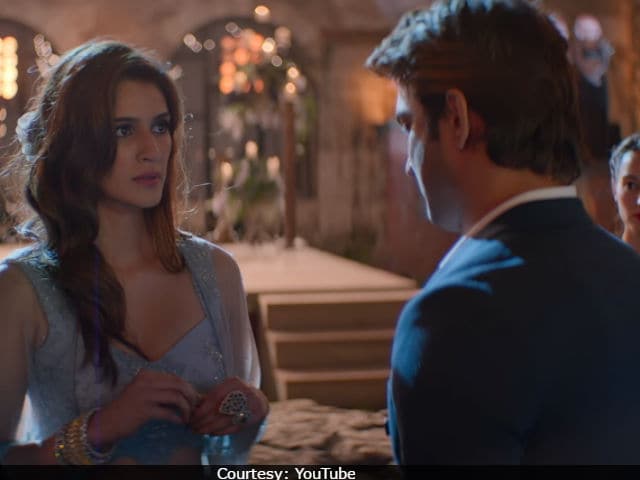 
Watch the trailer of Raabta till the end for a surprise.


Were you able to identify the actor featuring in the last shot? Well, that's Rajkummar Rao, who plays a 324-year-old man in the film. His look was unveiled in April. Here's Rajkummar Rao's look in Raabta:

Of his role in the film, Rajkummar earlier told news agency IANS, "It was so much fun as an actor. Dinesh has a very clear vision as a director and he gave me a lot of freedom as an actor to explore. The prosthetics used to take almost five to six hours every day and then I would start sweating inside all that make-up. It needed quite a bit of patience."

Promoted
Listen to the latest songs, only on JioSaavn.com
Directed by by Dinesh Vijan of Cocktail, Raabta has been co-produced by Bhushan Kumar, Krishan Kumar and Homi Adajania.

Raabta hits the theatres on June 9.