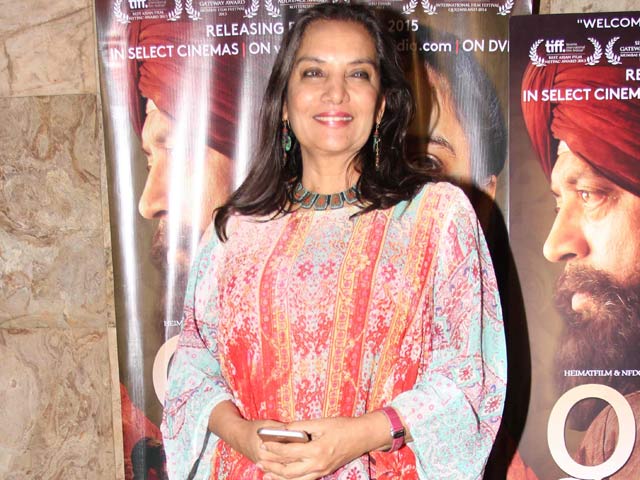 Shabana Azmi at the screening of Qissa in Mumbai.

Mumbai: Veteran actress and social activist Shabana Azmi heaped praises on Anup Singh's film Qissa, which narrates the life of a Sikh family post-partition. She said the film depicted the turmoil after the partition in a true yet restrained form. (Movie Review: Qissa)

Arun Singhs direction is masterful n restrained. He shows how suggested violence is far more chilling than graphic depictions of it #Qissa

Ms Azmi also praised the performances of the cast of the film that included critically acclaimed actors like Irrfan Khan and Tisca Chopra.

In the film, Irrfan plays Sardar Umber Singh who walks across the border with his family including his wife (played by Tisca) and three daughters. The film released February 20.