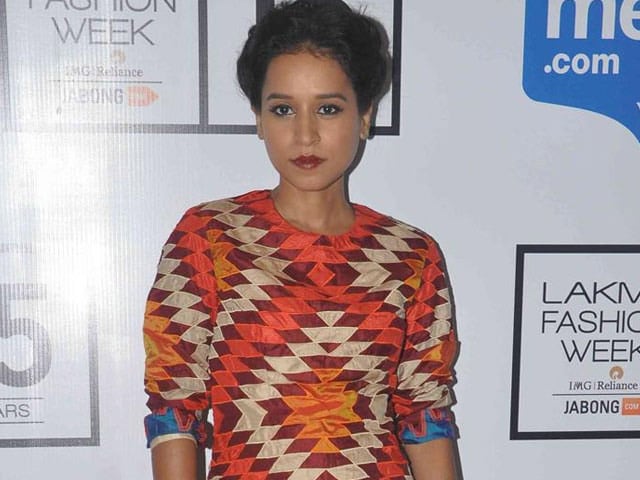 Tillotama Shome photographed at the Lakme Fahion Week in Mumbai.

Mumbai: After her magical performance in the widely acclaimed Qissa, Geneva-based director Anup Singh was yearning to cast the immensely talented Tillotama Shome in his next project The Song of Scorpions. It was then that actor Irrfan Khan's wife Sutapa Sikdar suggested the director cast Tillotama in a role only she could bring a "bewitching allure" to.

The Song of Scorpions, which will be shot in Rajasthan later this year, stars Irrfan, who worked in Qissa too and Iranian beauty Golshifteh Farahani in key roles.

"I was very unhappy when I could not find any role for the three extraordinary actresses - Tisca Chopra, Tillotama and Rasika Dugal - who were in Qissa. I even tried to rewrite the script to somehow bring them into the film, but the film was adamant about going its own way. Finally, I gave up," the director told IANS while recounting the process of finally finding a role for the Monsoon Wedding actress. (Also Read: A New Qissa For Tillotama Shome and Irrfan Khan)

"Quite recently, while travelling in Mumbai with Sutapa Sikdar, Irrfan Khan's wife, I was speaking to her about my tremendous desire to find some role for Tillotama. After she appeared almost magically, like a 'genie', for an audition of Qissa, I've considered her as a kind of talisman for me; something of an occult force that allows us to achieve the near impossible.

"She brought integrity, a tender gravity and plausibility to an exceptionally difficult role and helped open our imaginations with her acclaimed performance in Qissa. I kept telling Sutapa that I had tried everything to find her a role in my new film, The Song of Scorpions, but I felt there was nothing worthy of her. Suddenly, Sutapa turned to me and mentioned one particular character in the script," Mr Singh added.

The director who did not reveal much about the film or the character that Tillotama has been cast for, describes it as a "Character of raw beauty, with a savage impudence and sense of humour, whose wild force is a match for the force of any of the male characters in the film".

"I could see immediately what bewitching allure Tillotama would bring to the role and excitedly called her. I explained that the role was really small, but before I could say more, she said, 'Of course I'll do it! You want me to stand in the crowd? I'll do it!' And that was that. I feel a new excitement now as we move into the final stages of the preparation for the film," the Qissa director shared.

The film's shooting begins in December.

Actress Tillotama said that she is "Thrilled to be on Anup Singh's set again".

"I consider it a huge gift. The presence of Irrfan and Golshifteh in this film, makes it not just exciting but reassures me that I will be in a film sparkling with wonderful human beings who also happen to be insanely gifted," Tillotama told IANS. (Also Read: Irrfan Khan is 'Here to Redefine Things')