Priyanka Chopra's mother Madhu Chopra, who co-owns Purple Pebble Pictures, said: "Stories from the various Indian states are routinely turned into Hindi films. Bollywood benefits commercially in the bargain. Our core idea is to narrate these tales in the languages that they stem from" 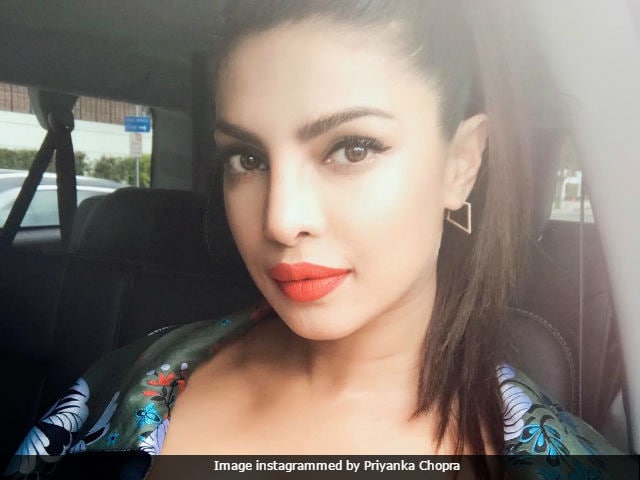 New Delhi: Actress Priyanka Chopra's Purple Pebble Pictures is as busy as the actress. Priyanka's production house is rolling out several regional films after the success of National Award-winning Ventilator and Punjabi film Sarvann. Their latest is Sikkimese film Pahuna, whose poster Priyanka's mother Madhu Chopra released on the sidelines of 70th Cannes Film Festival. "We've been enthused by the success of Ventilator to step out into the big wide world of global independent cinema," said Madhu Chopra, who co-owns Purple Pebble Pictures with Priyanka. Pahuna, directed by Paakhi A Tyrewala, is currently in post-production stage. Of the film, Ms Chopra told news agency PTI: "It was a logistical challenge shooting in Sikkim because the state does not have a film industry but the government went out of its way to support the project."

Madhu Chopra also explained the rationale behind their banner's regional language forays. "Stories from the various Indian states are routinely turned into Hindi films. Bollywood benefits commercially in the bargain. Our core idea is to narrate these tales in the languages that they stem from," Madhu Chopra told PTI.

One of Priyanka's Purple Pebble Pictures next project is Nalini, a Bengali-Marathi bilingual inspired by a little-known romantic chapter from Nobel laureate Rabindranath Tagore's life. Madhu Chopra said that they are close to finalise Jisshu Sengupta as the older Rabindranath Tagore while they are searching for an actor to play a teenaged Tagore. Nalini will be directed by Ujjwal Chatterjee and the script is written by his wife Sagarika.

Promoted
Listen to the latest songs, only on JioSaavn.com
Priyanka is also producing Bengali-language Brishtir Opekhaye, an adaptation of Shirshendu Mukhopadhyay's novel. "We have just brought the rights from the writer in Kolkata and cast Rahul Bose and Rituparna Sengupta in stellar roles," said Madhu Chopra.