Madhu Chopra said: "I thought she's missing out on some aspects of her life because she's so dedicated to her career, profession and her craft" 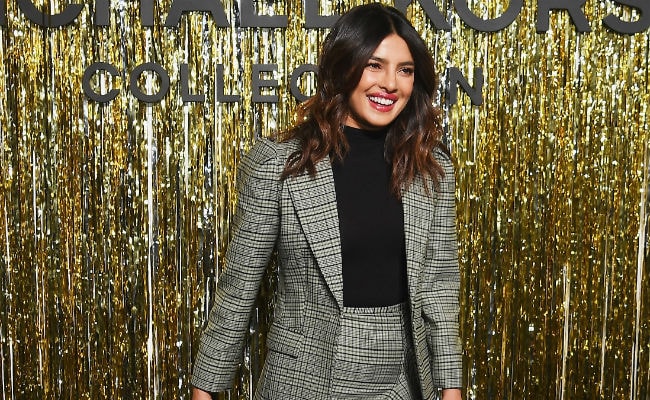 Priyanka Chopra debuted in Bollywood three years after she was crowned Miss World and after the success of films like Andaaz, Aitraaz and Mujhse Shaadi Karogi there was no looking back for her. Speaking to news agency PTI, Priyanka's mother Madhu Chopra said that initially she was worried about the meteoric rise of her daughter in the film industry. "There were times when I had doubts, if this is the right way she's going. She was moving so fast. She was on a rocket propelled move. I thought she's missing out on some aspects of her life because she's so dedicated to her career, profession and her craft. As I saw her evolve, I started enlisting. Only in the initial days I was worried. Later, I was with her in her trajectory," she told PTI.

Priyanka Chopra co-owns Purple Pebble Pictures with her mother Madhu Chopra. The production house is looking forward to the release of Firebrand, their first collaboration with Netflix. Priyanka Chopra has been dividing her time between India and the US after she signed up for American series Quantico. Though her last Bollywood film was Jai Gangaajal in 2016, Priyanka has been omniscient in India through her production ventures such as Ventilator, Sarvann and Pahuna to name a few.

"They said 'Priyanka is in America how she is making films here?' But Priyanka knows how to do things and is very up to date with gadgets, so remote controlling your company isn't tough. The difficulty then was people taking you seriously. After Ventilator, people realised we mean business. Our films have been very well received. It was our mandate that regions should get a platform, all India or global," said Madhu Chopra.

Priyanka Chopra's third Hollywood film Isn't It Romantic? released last week and the film will stream on Netflix for Indian viewers starting February 28. Her next Bollywood film is Shonali Bose-directed The Sky is Pink.