Priyanka Chopra's Brush With Racism: It Was At An Airport 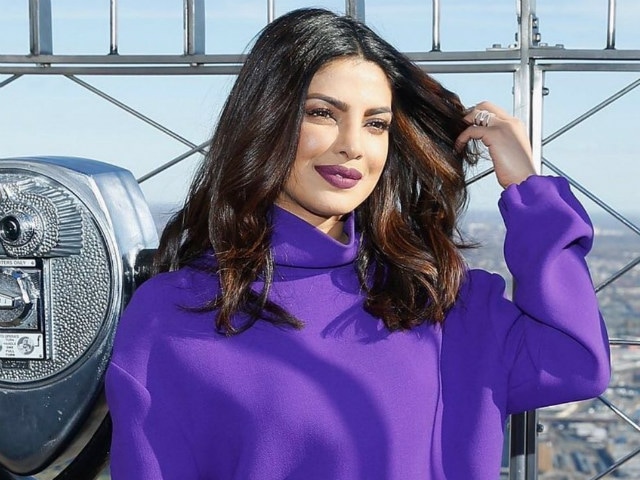 Priyanka Chopra is currently in India on a break (courtesy: PeeCeeManiac)

New Delhi: Home-girl Priyanka Chopra is back in the country for the winter holidays - India hardly sees Priyanka these days. And that is because the 34-year-old actress has been living in New York and is busy filming the second season of her TV series Quantico. Priyanka's popular TV show took off in September last year and since then Priyanka has been shuttling between the Big Apple and India. Priyanka is also prepped for her Hollywood debut Baywatch, co-starring Dwayne Johnson. Priyanka, who is reported to occupy the Koffee couch on Karan Johar's talk show Koffee With Karan soon, opened up about her brush with racism during her stay in New York, reported DNA.

When Karan Johar asked about her experience, Priyanka said that she was a victim of racist attitude at a crowded airport and not at her workplace, reported DNA. Priyanka was misbehaved with at the first class lounge of an airport. She later received an apology but only after an argument with the concerned airport personnel, reported DNA. "Priyanka said that whoever goes to Hollywood after her should be careful about the kind of roles they do. When KJo asked if she has faced racism she shared that she did, but not in the studios. She said that it was at the airport when she was sitting in the lounge for first class passengers that she was a victim. One of the ground staff personnel was rude to her, and only after she argued that she was a valid first class passenger did he apologise," DNA quoted a source as saying.

Earlier, in an interview with IANS, Priyanka confessed to struggling with homesickness when she shifted countries for her work on the TV show. Priyanka stars as CIA recruit Alex Parrish in Quantico. "Leaving my country and coming to completely different country, that's always difficult. I'm alone, my family is not here, my friends are not here, though my cast always tries to make me feel really comfortable whenever, we have Diwali or any of our holidays. They always try and make it really festive for me."

Priyanka sashayed down several international red carpets and also ranked on the Forbes' list of the world's highest paid TV actresses this year. She has scored a place ahead of actors like Jennifer Aniston and Leonardo DiCaprio on an iMDB list of the most popular celebrities of 2016. Priyanka has also been nominated for People's Choice Awards for the second time in a row, courtesy Quantico.

Promoted
Listen to the latest songs, only on JioSaavn.com
Priyanka Chopra's Baywatch opens on May 26, 2017.