Priyanka Chopra's Baywatch Role Was 'Initially Written For a Man' 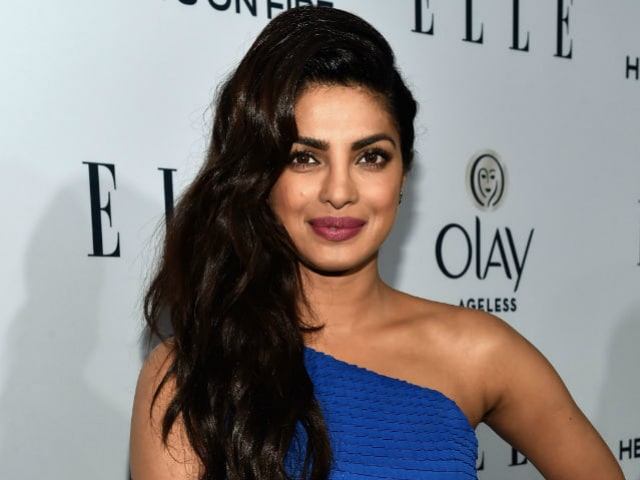 New Delhi: Baywatch antagonist was initially set to be a man but the makers decided to change the gender of the character after meeting Priyanka Chopra.

The Bollywood star will make her Hollywood movie debut as villainous Victoria Deeds in the movie also starring Dwayne Johnson, popularly known as the Rock.

Priyanka is excited to play a negative character in the Hollywood project, a reboot of the hit '90s show of the same name.

"It is so much fun to play a negative character because you have the liberty to go out of your comfort zone and do anything. Victoria is a very mean character," Priyanka told PTI in an interview over phone from Montreal, Canada.

"It (the role) was initially written for a man and they were talking to me for another part. But after the director met me, they thought I would be better as a villain and then they changed the character to be a female," said the actress.

The star, who has played negative roles were in Bollywood movies like Aitraaz and 7 Khoon Maaf, will be seen taking on the Rock and his squad in the Seth Gordon-directed film. (Also Read: Priyanka Chopra Cast as Baywatch Villain. This is Not a Drill)

"It was really exciting that they changed the role for me. You have to be a very strong character to take on the Rock and entire lifeguard squad. They will be six whereas I am alone. It looked very cool to me," she said.

The actress already made her debut on international television last year with American TV show Quantico, whose second season she is currently shooting.

Priyanka, 33, will be next seen on the big screen in the role of a tough cop in Prakash Jha's Jai Gangaajal, which releases on March 4.